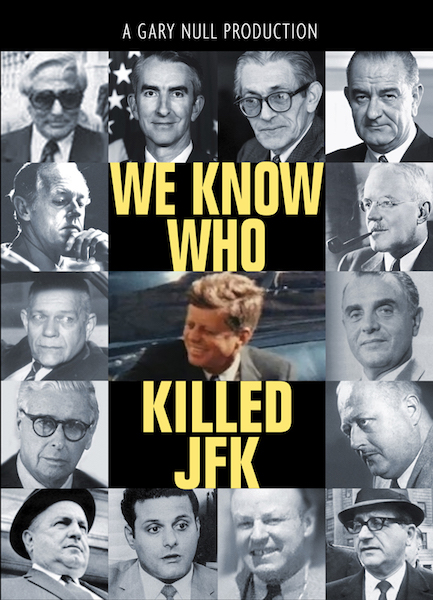 We Know Who Killed JFK (8 CD set)
The year 2013 marked the 50th anniversary of the assassination of JFK in Dallas on November 22. Half a century later, the corporate media and publishing venues continue to champion the Warren Commission’s crazed lone gunman theory. Today, after decades of research, analysis, interviews with key witnesses, and private confessions, the official story has been debunked however the myth persists. To the contrary, volumes of literature have identified and mapped an elaborate conspiracy that involved high level officials at the CIA, the Pentagon and FBI, anti-Castro exiles, organized crime bosses and very some who were the closest to the president in the White House.

This eight CD series by award winning radio host Dr. Gary Null offers exclusive interviews with nine of the most important JFK investigators, authors, and people who personally knew key figures behind the JFK assassination. As the US government continues to ignore the truth of the past, these conversations serve as an urgent reminder that keeping the public in the dark is the best way to enable history to repeat itself and keep tyranny alive.