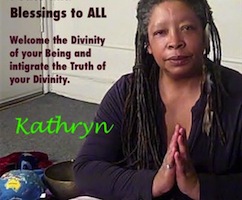 On today’s Heart Of Mind Radio, Kathryn Davis shares an interview of herself on the program Take Charge of Your Health. They asks our host about her healing practice which includes, Reiki, Qigong and the Sandlin Technique. Learn more about Kathryn’s work at http://www.QigongOnLine.net

In the second segment we feature the work of Martin Boroson on the One Moment Meditation.

“With my book, One-Moment Meditation, I re-framed traditional thinking about meditation—showing busy people how to meditate in just a moment. My focus now is on the dynamic power of this moment for leadership, innovation, and momentum. Because one moment really can change everything …” Martin Boroson,

Martin Boroson has been instrumental in bringing meditation to the mainstream and applying its benefits to leadership, strategy, and innovation.

Growing up in New York, Marty had a precocious first career as a teenage political activist until, at seventeen, he began to wonder what it was all about. Convinced there was more to life, he “retired” from politics to search for something deeper: studying Western philosophy at Yale and then pursuing private study of Eastern philosophy and depth psychology.

While a graduate student at the Yale School of Management, he made his first attempts to bridge the analytic, quantitative tools of business with traditional wisdom skills. After earning his MBA from Yale, he redoubled his commitment to deeper forms of inquiry and experience.

In this period, Marty began to practice Zen meditation, studied dream analysis, and trained in the facilitation of breakthrough experience with Dr. Stanislav Grof. He worked as a psychotherapist, supporting people recovering from severe trauma, and facilitated intensive retreats using breathwork to catalyze major transformation. He formed an experimental theater company, The Temenos Project, which was awarded a three-year grant from the Irish government to promote innovation in the arts. And he wrote his first book, Becoming Me, which unites various cosmologies into a deceptively simple story—winning rave reviews from psychologists, scientists, and leaders of many different faiths.

Marty eventually distilled his diverse experiences and insights into a simple, new form of meditation training—One-Moment Meditation®. This playful, practical technique has helped over one million people start meditating now and experience the benefits of just one moment of focused attention.