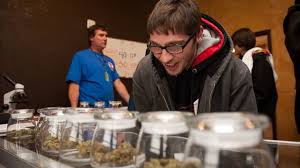 Coloradans voted to legalize marijuana in November 2012, possession became legal early the next year, and legal marijuana sales began in January 2014. The sky hasn’t fallen, and the state has already seen a decrease in traffic fatalities, an increase in tax revenues, and the emergence of a $700 million a year pot industry, with all the economic benefits it brings.