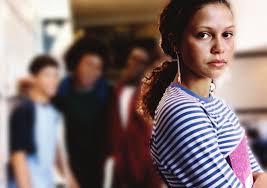 The statistics are disconcerting. Over the past decade, about 30% of young men have dropped out of college during their freshman year (Hartley). For those who remained, 38% completed their bachelor’s degree in four years and 58% finished within six.  (National Center for Education Statistics). According to researchers, the struggles of male college freshmen have not changed much through the years, but many of today’s young men, compared to those of the past, are less resilient with regard to the challenges. For two decades, I have helped hundreds of young men and women navigate college admissions. While none of my female students have dropped out, several male students return home without degrees and often, with a sense of disappointment and despair.  What it the cause of this discrepancy?

Development plays a part. Boys do not mature as rapidly as girls and girls tend to have better social and behavioral skills from kindergarten onward. (Isaacs, p. 8). The boys’ lag can lead to behavior choices that compound the poor adjustment.  A significant number of young college men with deficient social skills isolate themselves. As detailed in Hannah Rosin’s book, The End of Men, male students struggle more than their female counterparts in multiple ways. According to Rosin, female college students “see a new social context and adapt to new circumstances.” Male students on the other hand, “ follow the old mores,” and are less adaptable, which in turn,triggers distress.