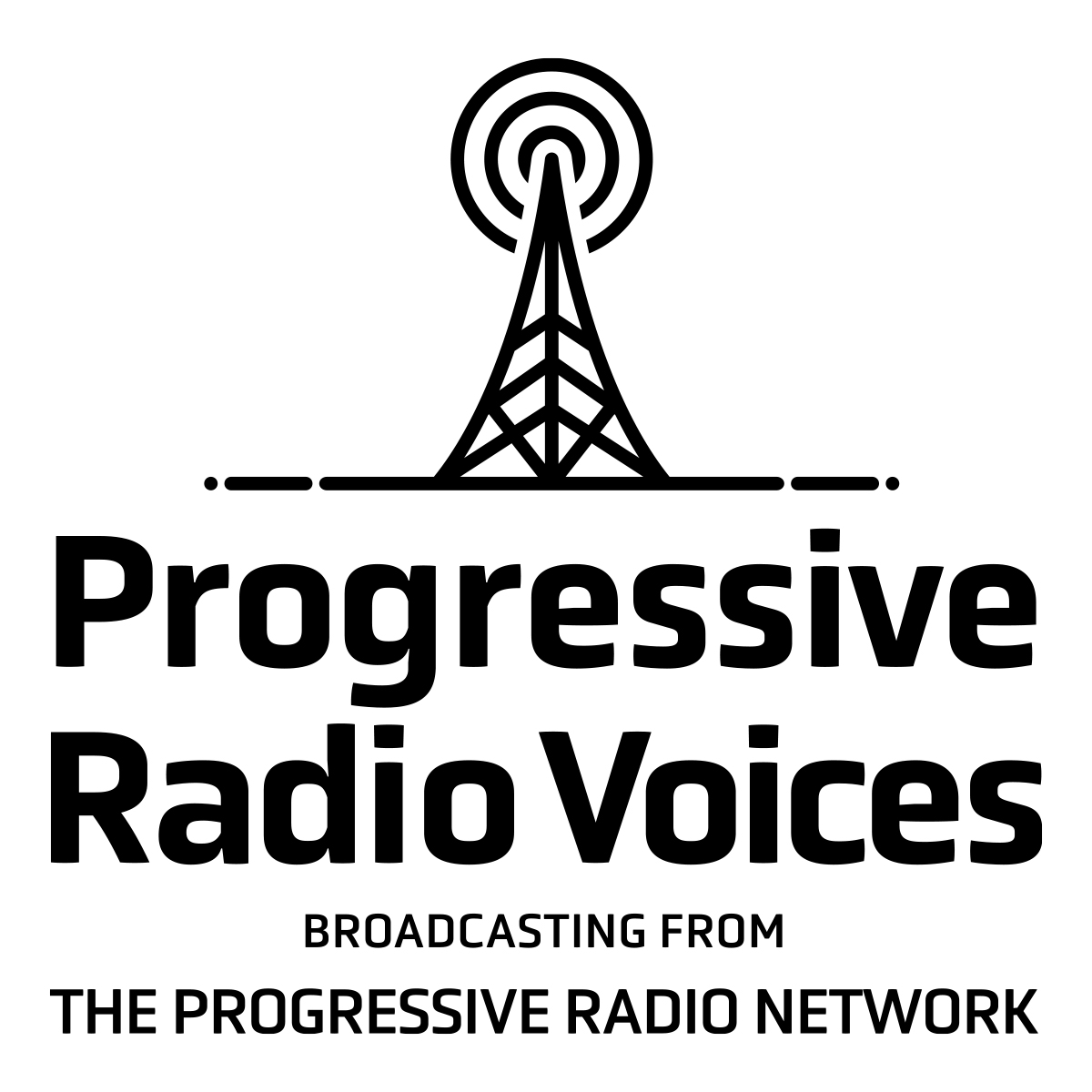 Previous studies have shown that cancerous growths spread faster in the bodies of mice when the animals received a low-magnesium diet – and that their defense against flu viruses was also impaired. However, there has so far been little research into how exactly this mineral affects the immune system. Now, researchers have discovered that T cells can eliminate abnormal or infected cells efficiently only in a magnesium-rich environment. Specifically, magnesium is important for the function of a T cell surface protein called LFA-1.

Higher blood levels of lycopene may reduce the risk of mortality in people with metabolic syndrome, says a new study from the University of Nebraska Medical Center. Lycopene is an antioxidant that is present in red- and pink-colored fruits and vegetables. As well as being used as a food coloring, it is also used in supplements and functional foods and beverages. New data published in Nutrition Research suggests that higher serum levels of lycopene were associated with greater survival times for people with metabolic syndrome, compared to low serum levels.

Too much sugar during adolescence may alter brain’s reward circuits

A new study in rats may provide significant insights into the long-term impacts of over-consumption of sugary foods during adolescence. The study shows that the enjoyment of such foods later in adulthood is reduced in those who over-consumed early in life. Investigators found that this decrease in reward relates to reduced activity in one of the key hubs of the brain’s reward circuitry, called the nucleus accumbens. Such long-lasting alterations could have important implications for reward-related disorders such as substance abuse or eating disorders.

In autoimmunity, the mechanisms that guarantee that our defense system does not attack our own body – tolerance to oneself – does not work properly. Multiple sclerosis, which affects one in every 1,000 people in Spain, is a serious autoimmune disease in which the immune system attacks the myelin sheath of some types of neurons, causing progressive neurological disability. Dr. Esteban Ballestar, leader of the Epigenetics and immune diseases group at the Josep Carrreras Leukaemia Research Institute, and Dr. Eva Martínez-Cáceres, leader of the Immunopathology group at the IGTP-Hospital Germans Trias i Pujol, have recently published in the prestigious journal Cell Reports the mechanism by which vitamin D activates the tolerance program of dendritic cells.

Poor sleep quality in older people is associated with more severe arteriosclerosis in the brain as well as a greater burden of oxygen-starved tissue (infarcts) in the brain, both of which can contribute to the risk of stroke and cognitive impairment, according to the newest findings reported in the American Heart Association’s journal Stroke. The relationship between cardiovascular disease and so-called “fragmented” sleep has been studied in the past, but this is the first study to look specifically for an association between sleep fragmentation and detailed microscopic measures of blood vessel damage and infarcts in autopsied brain tissue from the same individuals. Fragmented sleep occurs when sleep is interrupted by repeated awakenings or arousals. In this study, sleep was disrupted on average almost seven times per hour. Researchers found that greater sleep fragmentation was associated with 27 percent higher odds of having severe arteriosclerosis. Moreover, for each additional two arousals during one hour of sleep, researchers reported a 30 percent increase in the odds that subjects had visible signs of oxygen deprivation in their brain.

There is one last hope for the United States. It does not lie in the ballot box. It lies in the union organizing and strikes by workers at Amazon, Starbucks, Uber, Lyft, John Deere, Kellogg, the Special Metals plant in Huntington, West Virginia, owned by Berkshire Hathaway, the Northwest Carpenters Union, Kroger, teachers in Chicago, West Virginia, Oklahoma and Arizona, fast-food workers, hundreds of nurses in Worcester, Massachusetts, and the members of the International Alliance of Theatrical Stage Employees. Organized workers, often defying their timid union leadership, are on the march across the United States. Over four million workers, about 3% of the work force, mostly from accommodation and food services, healthcare and social assistance, transportation, housing, and utilities have walked away from jobs, rejecting poor pay along with punishing and risky working conditions. There is a growing consensus – 68% in a recent Gallup poll with that number climbing to 77% of those between the ages of 18 and 34 – that the only way left to alter the balance of power and force concessions from the ruling capitalist class is to mobilize and strike, although only 9% of the U.S. work force is unionized. Forget the woke Democrats. This is a class war. The Democratic Party will not push through the kind of radical New Deal reforms that in the 1930s staved off fascism and communism. Its empty political theater, which stretches back to the Clinton administration, was on full display in Atlanta when Biden called for revoking the filibuster to pass the Freedom to Vote Act and the John Lewis Voting Rights Advancement Act, knowing that his chances of success are zero. Georgia Democratic gubernatorial candidate Stacey Abrams, along with several of the state’s voting rights groups, boycotted the event in a very public rebuke. They were acutely aware of Biden’s cynical ploy. When the Democrats were in the minority, they clung to the filibuster like a life raft. Then Sen. Barack Obama, along with other Democrats, campaigned for it to remain in place. And a few days ago, the Democratic leadership employed the filibuster to block legislation proposed by Sen. Ted Cruz. The Democrats have been full partners in the dismantling of our democracy, refusing to banish dark and corporate money from the electoral process and governing, as Obama did, through presidential executive actions, agency “guidance,” notices and other regulatory dark matter that bypass Congress. The Democrats, who helped launch and perpetuate our endless wars, were also co-architects of trade deals such as NAFTA, expanded surveillance of citizens, militarized police, the largest prison system in the world and a raft of anti-terrorism laws such as Special Administrative Measures (SAMs) that abolish nearly all rights, including due process and attorney-client privilege, to allow suspects to be convicted and imprisoned with secret evidence they and their lawyers are not permitted to see. The squandering of staggering resources to the military — $777.7 billion a year — passed in the Senate with an 89-10 vote and in the House of Representatives with a 363-70 vote, coupled with the $80 billion spent annually on the intelligence agencies has made the military and the intelligence services, many run by private contractors such as Booz Allen Hamilton, nearly omnipotent. The Democrats long ago walked out on workers and unions. The Democratic governor of Maine, Janet Mills, for example, killed a bill a few days ago that would have allowed farm workers in the state to unionize. On all the major structural issues there is no difference between the Republicans and the Democrats. The longer the Democratic Party does not deliver real reforms to ameliorate the economic hardship, exacerbated by soaring inflation rates, the more it feeds the frustration of many of its supporters, widespread apathy (there are 80 million eligible voters, a third of the electorate, who do not cast ballots) and the hatred of the “liberal” elites stoked by Donald Trump’s cultish Republican Party. Its signature infrastructure package, Build Back Better, when you read the fine print, is yet another infusion of billions of government money into corporate bank accounts. This should not surprise anyone, given who funds and controls the Democratic Party. The rapacious pillage by the elites, many of whom bankroll the Democratic Party, has accelerated since the financial crash of 2008 and the pandemic. Wall Street banks recorded record profits for 2021. As the Financial Times noted, they milked the underwriting fees from Fed-based borrowing and profited from mergers and acquisitions. They have pumped their profits, fueled by roughly $5 trillion in Fed spending since the beginning of the pandemic, as Matt Taibbi points out, into massive pay bonuses and stock buybacks. “The bulk of this new wealth—most—is being converted into compensation for a handful of executives,” Taibbi writes. “Buybacks have also been rampant in defense, pharmaceuticals, and oil & gas, all of which also just finished their second straight year of record, skyrocketing profits. We’re now up to about 745 billionaires in the U.S., who’ve collectively seen their net worth grow about $2.1 trillion to $5 trillion since March 2020, with almost all that wealth increase tied to the Fed’s ballooning balance sheet.” Kroger is typical. The corporation, which operates some 2,800 stores under different brands, including Baker’s, City Market, Dillons, Food 4 Less, Foods Co., Fred Meyer, Fry’s, Gerbes, Jay C Food Store, King Soopers, Mariano’s, Metro Market, Pay-Less Super Markets, Pick’n Save, QFC, Ralphs, Ruler and Smith’s Food and Drug, earned $4.1 billion in profits in 2020. By the end of the third quarter of 2021, it had $2.28 billion in cash, an increase of $399 million in the first quarter of 2020. Kroger CEO Rodney McMullen made over $22 million, nearly doubling the $12 million he made in 2018. This is over 900 times the salary of the average Kroger worker. Kroger in the first three quarters of 2021 also spent an estimated $1.3 billion on stock buybacks. Class struggle defines most of human history. Marx got this right. It is not a new story. The rich, throughout history, have found ways to subjugate and re-subjugate the masses. And the masses, throughout history, have cyclically awoken to throw off their chains.