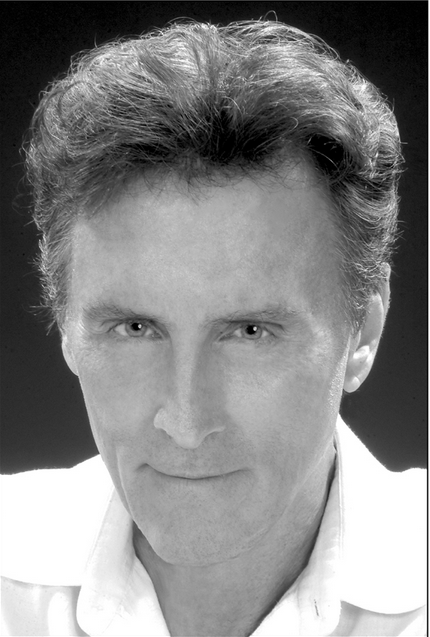 Medical College of Georgia, December 27, 2021 Inhaled CBD shrinks the size of the highly aggressive, lethal brain tumor glioblastoma in an animal model by reducing the essential support of its microenvironment, researchers report. “We saw a significant reduction in the size of the tumor and its microenvironment was different,” Dr. Babak Baban, immunologist and associate dean for research at the Dental College of Georgia at Augusta University says, after only seven days of treatment. Researchers at DCG and the Medical College of Georgia say that the inhaler approach not only helped ensure the compound found in cannabis reached the brain, but that the method of delivery could, much like asthma inhalers, eventually be easily used by patients.

Vanderbilt University, January 12, 2022 A probiotic found in foods such as yoghurt and miso soup has been found to inhibit the development of a pathogen that causes middle ear infections in children and pneumonia, a study has shown. The bacterial type, Corynebacterium accolens (C. accolens) is primarily found in the human gut, nose and skin. Studies revealed it could inhibit Streptococcus pneumoniae (S. pneumoniae), a common and infectious bacterial species and a pathogen that can lead to middle ear infections and meningitis. S. pneumoniae is also responsible for septicaemia and otitis media cases seen in children and adults worldwide. Probiotic bacteria such as C. accolens have been widely researched for immune-boosting properties, as well as their ability to help fight gut-related diseases such as inflammatory bowel syndrome and Crohn’s disease.

The art of being mentally healthy

University of Western Australia  January 11, 2022 Researchers at The University of Western Australia have found that engagement in the arts for enjoyment, entertainment or as a hobby, for two or more hours a week, is associated with good mental wellbeing. The award-winning study, published in BMC Public Health, is the first internationally to quantify the relationship between mental wellbeing and arts engagement in the general population. Lead author Dr Christina Davies said whether a person preferred listening to music, reading, colouring, creative writing, watching movies or attending concerts, the knowledge that arts engagement positively impacts mental wellbeing was empowering.

Can We Transcend COVID? Some Perspectives On Mass Psychology – OpEd

Diane Perlman PhD, Eurasia Review  January 11, 2022 Mass psychology theories that shed new light are becoming popular. I will make an imperfect attempt to apply the TRANSCEND Method of Analysis, Diagnosis, Prognosis and Therapy. The ultimate analysis must integrate dimensions beyond this article including political, economic, hidden agendas of Big Pharma, Big Tech, Big Media, the Great Reset, transhumanism, surveillance, and control by global forces, known and unknown (“Mr. Global”). Context: Dominant Narrative Exaggerating Threats, Fear, and Hate For deep context, consider that the Amish in Pennsylvania, insulated from media and government, achieved herd immunity to Covid by May, 2020 without social distancing, lockdowns, masks or vaccines, and had the most profitable year ever. Otherwise, the US propaganda campaign framed Covid as a “pandemic of the unvaccinated,” inciting hysteria, blame, coercion, and ostracism. The dominant narrative seems irrefutably true. Leaving out entire bodies of knowledge, it promotes a superficial belief that masking, distancing, lockdowns and “vaccines” are the only responses. Italian philosopher, Antonio Gramsci described how the ruling class wields “invisible power” by manipulating ideology, beliefs, values and social norms. Incurious people, ignorant of facts, uncritically accept their worldview as a natural, inevitable, beneficial cultural norm. This resonates with R.D. Laing’ mystification, a“plausible misrepresentation” of reality. “By representing forms of exploitation as forms of benevolence, the exploiters bemuse the exploited into feeling at one with their exploiters, or into feeling gratitude for what (unrealized by them) is their exploitation, and, not least, into feeling bad or mad even to think of rebellion.” Mystification maintains stereotyped roles by masking truth with false constructions of what is actually happening and what a conflict is actually about, though people may not feel confused. In fact, they may feel quite assured of their position. Laing concluded that “before enlightened action can be taken, the issues have to be demystified.” The dominant narrative is portrayed as an absolute, undeniable truth accepted by all sane people. Those who challenge it are stupid, crazy and dangerous and must be convinced or punished. The US spent $10 billion on messaging, hiring behavioral scientists to convince the “vaccine hesitant,” with rewards and punishments. DIAGNOSIS Mattias Desmet, psychology professor at Belgium’s Ghent University, with a master’s in statistics, is on a meteoric rise to superstardom. He is deservedly the darling of many questioning the narrative including world renowned doctors – Dr. Robert Malone, inventor of the mRNA technology and Dr. Peter McCullough, the most published doctor in his field, cardiorenal medicine, in the world, in history. Desmet was puzzled by failed predictions used to justify draconian policies. After 6 months observing irrational policies, Desmet shifted to his work on totalitarianism which emerges when social conditions conducive to exploitation are met, including: Social Isolation – lack of social bonds, community, loneliness Experiencing life as meaningless, senseless– meaningless work, disengagement Free-floating anxiety, not attached to a mental representation like fear of a lion Free floating frustration and pent-up aggression I add unrelenting stress, fear, humiliation, envy, grief, betrayal, unpredictability, dread, insecurity, financial devastation, educational setbacks, inferiority, domestic abuse, trauma, helplessness, vulnerability, dashed hopes, and having one’s entire social fabric ripped away. Intolerable psychic pain threatens to turn into panic, generating an overwhelming urge for relief. A transformation occurs when “under these conditions, a narrative, a story is distributed through the mass media indicating an object of anxiety, and at the same time, providing a strategy to deal with this object of anxiety.” This intoxicating narrative enables people to feel connected in a “heroic struggle with the object of anxiety,” simultaneously providing meaning, a new kind of solidarity, a channel for pent-up aggression and “a huge willingness to participate in this strategy to deal with this object of anxiety because in this way, people feel they can control their anxiety and social discontent.” Mass formation overtakes individuality. 3 groups emerge, approximately * 30% are hypnotized, fully committed to the galvanizing narrative * 40% with doubts go along out of fear, social pressure, and conformity. * 20 – 30% are immune to propaganda. Risking dehumanization, retaliation, and censorship, they calculate when and where to speak out. When safe, the 40% will shift towards the truth-tellers. The immune group is extremely heterogenous. PROGNOSIS Transcending Covid requires awakening from mass hypnosis and withdrawing participation in predatory institutions. Favorable Indicators include: Desmet’s claim that totalitarianism ultimately self-destructs and devours its own Overconfident zealous dominators made fatal errors, are panicking and becoming unhinged People will resist overreaching mandates, lockdown, boosters, passports, violations of autonomy and rights The unhypnotized are connecting, collaborating, speaking up The 40% are waking up Those witnessing “vaccine” failures, injuries and deaths are painfully awakening New evidence of fraud threatens to override “vaccine” manufacturers’ immunity to liability Many lawsuits are in progress and Nuremberg 2.0 Mild Omicron may offer a way out

PCR Tests Have Served Their Purpose in the Covid “Crisis”, They’re Now Being Cancelled – Everywhere

The Expose, January 7, 2022 On 7 July 2021 the CDC updated their “Instructions for Use” of RT-PCR Covid tests.   This was the exact date the CDC notified clinical laboratories and testing sites performing Covid testing of the withdrawal of Emergency Use Authorisation (“EUA”) from 31 December 2021 and to begin a transition to another FDA-authorised Covid test. After almost two years of incorrect and fraudulent use of the PCR test, there seems to be a worldwide Government campaign to stop its use. Here are some examples: “Canadians seeking a COVID-19 PCR test in recent days may have faced long line-ups at testing centres and a shortage of appointment slots as demand has risen amid the spread of the Omicron variant.” – CTV News, 26 December 2021 “Changes made to PCR testing guidance amid record demand [in Northern Ireland].  The Public Health Agency said it had issued new protocols to help ensure ‘the continued and targeted delivery of the service’.” – Belfast Telegraph, 29 December 2021 “A widespread shortage of PCR tests across the devolved nations was due to an administrative error, the First Minister of Scotland has said.” – Belfast Telegraph, 29 December 2021 “Asymptomatic people who test positive in Wales no longer required to have PCR test.” – ITV, 5 January 2022 “From today, people in NI who get a positive lateral flow test should presume that they have Covid-19 and that they are infectious – a PCR test will no longer be required to confirm the result.” – 4NI, 5 January 2022 “Boris scraps extra Covid testing rules in drive to stop Omicron shutting down the economy … And people testing positive after a lateral flow test do not have to have a PCR confirmation.” – Daily Express, 6 January 2022 “The need for PCR tests has now changed [in Scotland] in a bid to relieve pressure in test centres and labs.” – Daily Record, 6 January 2022 “Australians are no longer required to get a PCR test to confirm their COVID-positive result.” – ABC Net, 6 January 2022

BBC NEWS, JANUARY 11, 2022 The Canadian province of Quebec will charge a health tax to residents who are not vaccinated against Covid-19. Quebec, which has seen the highest number of Covid-related deaths in Canada, is currently struggling with a surge in cases. On Tuesday, the premier announced that it would be the first in the nation to financially penalize the unvaccinated. According to federal data, just over 85% of Quebec residents had received at least one vaccine dose by 1 January. Premier Francois Legault said during a news conference that people who have not received their first dose of vaccine will have to pay a “contribution”. The fee has not yet been decided, but will be “significant”, he said. Hospitals in Montreal, the province’s largest city, are nearing 100% capacity and have already started limiting non-Covid related care. Starting later this month, Greeks over age 60 are being required to pay a €100 (£85; C$142; $113) fine for each month that they remain unvaccinated. Singapore has required Covid patients to pay for their own medical bills if they are not vaccinated.

Original article called for ‘dancing on the graves of anti-vaxxers’

The Los Angeles Times published an article by columnist Michael Hiltzik which says mocking the deaths of anti-vaxxers is “necessary”.

The first incarnation was called ‘Why Shouldn’t We Dance On The Graves of Anti-Vaxxers?’

The headline was changed to ‘Mocking anti-vaxxers’ deaths is ghoulish, yes — but necessary’.

Its final incarnation is now published as ‘Mocking anti-vaxxers’ COVID deaths is ghoulish, yes — but may be necessary’.

Imagine if people who campaigned against mandatory vaccinations mocked the deaths of people who died from vaccine side-effects? They’d be treated as monsters by the media, as should Michael Hiltzik for his disgusting diatribe.