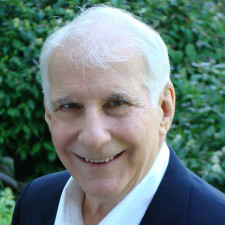 Peter R. Breggin, MD, has been called “the conscience of psychiatry” for his efforts to reform the mental health field, including his promotion of caring psychotherapeutic approaches and his opposition to the escalating overuse of psychiatric medications, the oppressive diagnosing and drugging of children, electroshock, lobotomy, involuntary treatment, and false biological theories.

A Harvard-trained psychiatrist and former full-time consultant at NIMH, Dr. Breggin’s private practice is in Ithaca, New York, where he treats adults, couples, and families with children. He is a medical expert in criminal, malpractice, and productive liability suits, especially in regard to the adverse effects of drugs and ECT.

Dr. Breggin is the author of dozens of scientific articles and more than twenty books.  His latest book is Psychiatric Drug Withdrawal: A Guide for Prescribers, Therapists, Patients and Their families.   The book begins by examining some of the most serious adverse drug reactions that should lead to drug withdrawal.  It discusses “medication spellbinding” or the inability of people taking drugs to recognize or appreciate their harmful effects, and presents Dr. Breggin’s new concept of Chronic Brain Impairment” (CBI) that results from longer-term exposure to psychiatric drugs.  It explains drug withdrawal problems and presents a person-centered collaborate team approach to treating patients and especially to helping them withdraw from psychiatric drugs.

Some of Dr. Breggin’s other books include Talking Back to Prozac (with Ginger Breggin), Toxic Psychiatry, Brain-Disabling Treatments in Psychiatry, and Medication Madness: The Role of Psychiatric Drugs in Violence, Suicide and Crime. He frequently appears in the media including many times on Oprah, Larry King Liveand 60 Minutes and his work has been covered in all the major print media many times, including the New York Times, Time, Newsweek, and the Washington Post.

Dr. Breggin has created a new reform organization, The Center for the Study of Empathic Therapy, which brings together professionals and laypersons concerned with a critical analysis of biopsychiatry but with additional special emphasis on effective caring approaches in mental health and education. An annual international conference is held in April of each year in Syracuse, New York.

Dr. Breggin’s home page, is where you can find all his books, download for free dozens of his articles as well as other scientific research, watch videos of Dr. Breggin on TV and giving talks, listen to his recent Congressional testimony, subscribe to his free newsletter, and read his blogs on Huffington Post.