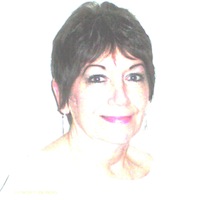 Host of Focus On The Facts

Evelyn Pringle is an investigative journalist and human rights activist focused on exposing corruption and fraud in government and corporate America.

Over the past dozen years, she has written numerous exposes on the psychopharmaceutical complex with a focus on the government-drug maker cartel with a mission to over-medicate teens, children, toddlers and infants in the US. In 2009 she aided US Senator Charles Grassley’s office by compiling data on the phony diagnosis and drugging dragnet of TeenScreen and the pharmaceutical funding of front organizations promoting the diagnosis and drugging of children. Her articles on the psychoactive drugging of infants and toddlers were sponsored by the International Center for the Study of Psychiatry and Psychology. ICSPP presented its 2007 “Distinguished Investigative Reporting Award,” to Pringle.

In 2009, she was presented with a Human Rights Award by the International Citizen’s Commission on Human Rights.