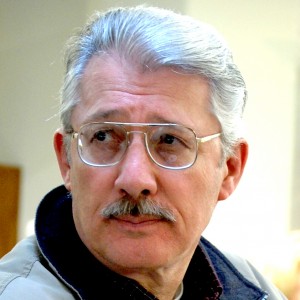 Dr. Jack Rasmus is professor of Political Economy at St. Marys College in Moraga, California, and a lecturer in economics at the University of California, Berkeley.

He is the author of the recently published books, Obama’s Economy: Recovery for the Few (2012), An Alternative Program for Economic Recovery (2011), and Epic Recession: Prelude to Global Depression (2010), as well as the 2006 book, The War At Home: The Corporate Offensive from Reagan to George W. Bush.

Jack regularly contributes articles on the U.S. and global economic crisis to Z magazine and other journals and magazines, writes for various public blogs, and is a playwright and lyricist, whose most recent work is 1934, a musical in the Brechtian tradition about the San Francisco waterfront in 1934.

Jack has previously been a business economist for various global companies analyzing global market trends, a national 1st Vice President of the National Writers Union, and an elected president and representative for various labor unions.

His website is kyklosproductions.com, where his many articles and radio-tv interviews are available, and his personal blog is jackrasmus.com, where more timely commentary on the US-global economy are offered.