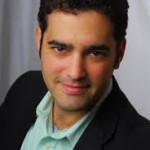 Host of Cheater and the Rude

Host of The Final Edition

“Somebody get Jeff Kreisler on ‘The Colbert Report’… As funny and as quotable as anything that appears daily on late-night TV. You are guaranteed a few laugh-out-loud verbal souvenirs to try out on your friends” – The New York Times

“He knows how to stick the knife into our guts in the middle of a belly laugh.” – Chicago Tribune

“The smartest political comedy around. One of the things that makes Kreisler fascinating is his unashamed love for America; he just hates what has been done to it. The final section… may be the most powerful description of the past few years of US history you’ll hear… slick, political sharp-shooting” – The Scotsman

“Kreisler’s keen intellect sees to it that tired subjects are rendered shocking and original… Reflections so clever, you wonder why they aren’t present in the political discourse.” – Fest Magazine

“Political comedy may not change the world, but it’s the possibility that exposing a little bit of hypocrisy will keep people engaged that keeps Kreisler and other politically and socially motivated comics going.”  – The Boston Globe

“It’s a great time to see a political comic, and you’ll struggle to find better than Jeff Kreisler… With slick and witty poise he mixes wry observation on current affairs with quirky bouts of surrealism” – Three Weeks

About Get Rich Cheating, the book & show:

“You’ll be laughing all the way to the bank, assuming other cheaters haven’t forced it into bankruptcy yet.” – Rachel Maddow (MSNBC)

“Catcher in the Rye for evildoers” – Penthouse Magazine

“Like all good satire, comedian Jeff Kreisler’s fake wealth-building seminar gets closer to the truth than the putative objects of its scorn.” – Show Showdown