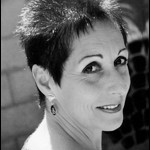 Host of The Meria Heller Show

Meria Heller is a celebrity, her smash podcast heard in over sixty countries, hosting top authors, environmentalists, humanitarians and alternative Doctors is only part of her celebrity status. Now in it’s 11th year, it is the number ONE show of it’s kind worldwide. Nominated for the 2001 Peabody Award for Excellence in Broadcasting. Her guests are a who’s who of the best people on the planet, from Governor Jesse Ventura, Kitty Kelley, Gore Vidal to Dr. Arun Gandhi.

Meria Heller is the founder of “THE UNIVERSAL WHEEL”™, Phoenix, Arizona, a lifestyle and philosophy based on our interconnectedness to all living things. Meria is also a fine watercolorist having a one woman show in Soho, New York in 1988 and being listed in the Encyclopedia of Living Artists in America. Meria’s work is in International collections. As an accomplished writer, Meria is widely published and written about!

In 2009, Meria taught classes in podcasting and psychic development at Paradise Valley Community College.Meria has  lectured at Ottawa University, Phoenix, Arizona, Barnes & Noble Bookstores,The Federal Penitentiary, Phoenix, The Phoenician Resort in Scottsdale, Treasure Island, Las Vegas and Borders & Books in Maui and more. Meria is extremely well-received no matter where she presents. Meria is a dynamic public speaker and her speeches are available on site, Google or you tube, always to a standing ovation. Meria’s lectured at 9/11 Conferences in Chicago, and Tempe, AZ., as well as at D.C., and Virginia’s Radford University.

Meria performed Stand Up Comedy at the Orpheum Theater, Phoenix, Arizona on 10/17/09, and Az Virtual Studios, Phoenix 11/5/09  to raucous laughter and a standing ovation, as she begins another leg in her career.

Meria has been widely published, and written about in:
The Arizona Republic
The Scottsdale Tribune
Associated Press
The New Times, Seattle
Connecting Link Magazine
Channel 12 and Channel 15 (Arizona)
The Democracy Chronicles
Guested on many radio and television shows.