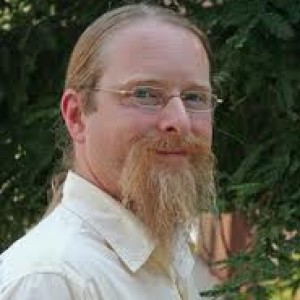 Mickey Huff is the Director of Project Censored and is a member of the board of directors for the Media Freedom Foundation.  He is currently an an associate professor of history at Diablo Valley College (DVC), located in the San Francisco Bay Area.  Huff is radio co-host of the Project Censored Show with former Project Censored director Dr. Peter Phillips.  The program airs as part of The Morning Mix on KPFA in Berkeley, CA on Pacifica Radio, and is rebroadcast on the Progressive Radio Network online out of New York City. He is also on the board of directors of No Lies Radio and is a former advisor to the Students for a Democratic Society at DVC.  Huff regularly holds forums on campus with authors and activists from across the country to discuss issues surrounding history, critical thinking, and current events.

Huff has been interviewed by affiliates of NPR, PBS, Pacifica, The New York Times, The Christian Science Monitor, ABC, The San Francisco Bay Guardian, Progressive Radio Network, Voice of Russia, Republic Broadcasting and many other commercial and independent news media outlets. He has been a visiting scholar in library science at the University of Nebraska, Lincoln and a lecturer at numerous colleges, including in sociology at Sonoma State University. Huff speaks regularly at venues in the San Francisco Bay Area and across the US on issues of censorship, propaganda studies, media literacy and history. This past year, he keynoted and gave presentations at numerous events, including at the Northern California 9/11 Film Festival in Oakland, CA, the Kent State Truth Tribunal in New York City, and hosted the monthly lecture series “Empire, Power, and Propaganda” in Berkeley, CA. He is available for public speaking engagements through the Jodi F. Solomon Speakers Bureau, which represents him (http://JodiSolomonSpeakers.com).

Huff has a long history with Project Censored as he began reading the annual publication in 1993.  He became a faculty evaluator of censored stories in 2004, and later co-authored a chapter with Dr. Paul Rea in Censored 2009.  Huff went on to co-author and co-edit Censored 2010 and Censored 2011 with Dr. Peter Phillips.  Before becoming the current director in 2010, Huff was the associate director of Project Censored for two years, during which time the Project was honored with a PEN literary award.  He was also previously co-director of the alternative public opinion polling group Retropoll.

Huff teaches courses on US history, critical reasoning, sociology of media, and propaganda studies, with special topics courses on “Money, Power, and Politics” and on contemporary historiography, specifically “America, 9/11, and the War on Terror:  Case Studies in Media Myth-Making and the Propaganda of Historical Construction.”  He is also a musician and composer of over twenty years and lives with his family just outside Berkeley, CA.