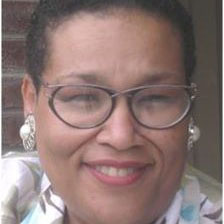 Utrice C. Leid (born c. 1953) is a Trinidadian American civil rights activist and journalist. She was the managing editor of The City Sun and general manager of New York radio station WBAI. In 2004, The Miami Herald wrote that she “prides herself on never working in the mainstream media during her 34 years of journalism”

Leid co-founded The City Sun, a weekly newspaper that covered issues of interest to African Americans in New York City, in 1984. According to The New York Times, The City Sun had a circulation of 18,500 in 1987

In 1993, Leid started working at WBAI, where she hosted a talk radio program called Talkback! The New York Daily News described the show as “serious talk” and said that Leid covered a wide range of topics. The Daily News also noted that Leid sometimes gave her listeners homework.