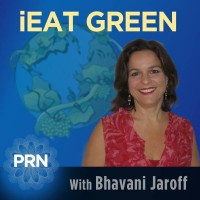 Bio:
Randi Shubin Dresner has been with Island Harvest Food Bank since 2001, serving
as President and Chief Executive Officer for most of her tenure. Under her direction,
Island Harvest has increased its income by more than 463 % and its distribution of
meals helping people in need has increased by more than 196 % in the past thirteen
years alone. During this time, the organization has expanded programming to
include advocacy, food-insecurity root cause analysis and action, the creation of a
Workforce Skills Development Institute, holistic programming and the acquisition of
an organic farm.
Randi Shubin Dresner was appointed by the New York State governor to serve on
the NYS Council on Hunger and Food Policy and the College Council at Farmingdale
State College. She serves on a many councils and boards including the Suffolk
County Food Policy Council, The Long Island Food Council, the Consultive Council of
Non-Profit Leaders for Charity Navigator and an Advisory Disaster Response
Council for Feeding America. Randi is a frequent guest speaker at the national and
local levels, contributing writer about issues related to human service needs,
people-first terminology, poverty and more. She is a member of the Energeia
Partnership at Molloy College (a regional ethical-leadership academy), and recently,
Randi has also been able to check off radio talk show and podcast host from her
bucket list, with “Conversations with Randi Shubin Dresner”.
Randi served as adjunct faculty at Long Island University at CW Post and Molloy
College spanning more than 25 years, served as the Co-Chair of the State University
of New York (SUNY) Task Force on Food Insecurity and was Chair of the Advocacy
Committee for Feeding New York State. Prior to joining Island Harvest Food Bank,
Randi was a partner in a successful development consulting firm and made her
mark at several national and local nonprofit organizations, including the Heckscher
Museum of Art, the March of Dimes Birth Defects Foundation, The Viscardi Center,
and the National Multiple Sclerosis Society.
Randi was awarded an Honorary Doctor of Laws from St. Joseph’s College in 2013.
She is a lifelong and proud resident of Long Island, NY.