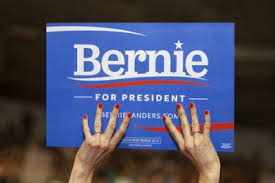 Oh, How primitive we are still!

Around 1600, when Europeans began to use the methods of learning that are now called scientific, Galilleo peered at the moon. In 1969, a man walked on the moon. In fewer than 400 years, people went from peering at the moon to walking on it.

Scientific knowledge works. Yet beliefs, claims that are not and often can never be known, have caused human beings to kill each other in wars at least since the first city states were organized around 4,000 BCE.

The people who lived in these states believed that their cities were protected by patron deities and when the cities went to war, the war was thought of as fought for or even by the deities themselves. Ever since, war has always had a religious aspect. Armies have always gone into battle believing god was on their side, even when two peoples who claimed to believe in the same god fought each other. The absurdity of that seems to have always eluded people. It is noteworthy that even today the leaders of nations ask their patron deities to bless their countries.

The American president, for instance, always asks god to bless America, never the American people. Gods, it seems, only protect states, not their peoples who are decimated in wars for the sake of their nations. Remember John F. Kennedy’s “ask not what your country can do for you, ask what you can do for your country.” Throughout human history, people, like soldier ants, have always existed to preserve the state rather than visa versa. So here we are, seven millennia since the founding of city states, still acting just like the pagans of Mesopotamia. For seven millennia of belief guided human history, the progress of human nature has stood still!