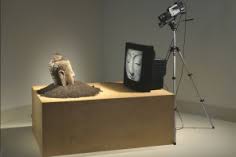 Why the current cultural fetish for zombies? In 2014’s Hooked, Nir Eyal ventures a guess: “Perhaps technology’s unstoppable progress—ever more pervasive and persuasive—has grabbed us in a fearful malaise at the thought of being involuntarily controlled.” We worry that we’ve become slaves to a tech-induced malady, argues Eyal, so we can relate to those ailing automatons on screen.

Eyal may have a point. A recent study showed that we check our phones every 4.3 minutes. Our relationship to those technologies looks more like a compulsion than it does a happy, freely-chosen relationship.

But Nir Eyal is not warning consumers about the dangers of smartphone addiction. On the contrary, Hooked is a blueprint for designers who want to make their products moreaddictive, and therefore more popular and profitable. Eyal lays out a four-part formula for user enticement, based on his work with leading tech companies. The formula helps designers use a system of digital triggers and reward loops to hook users, keeping them engaged.