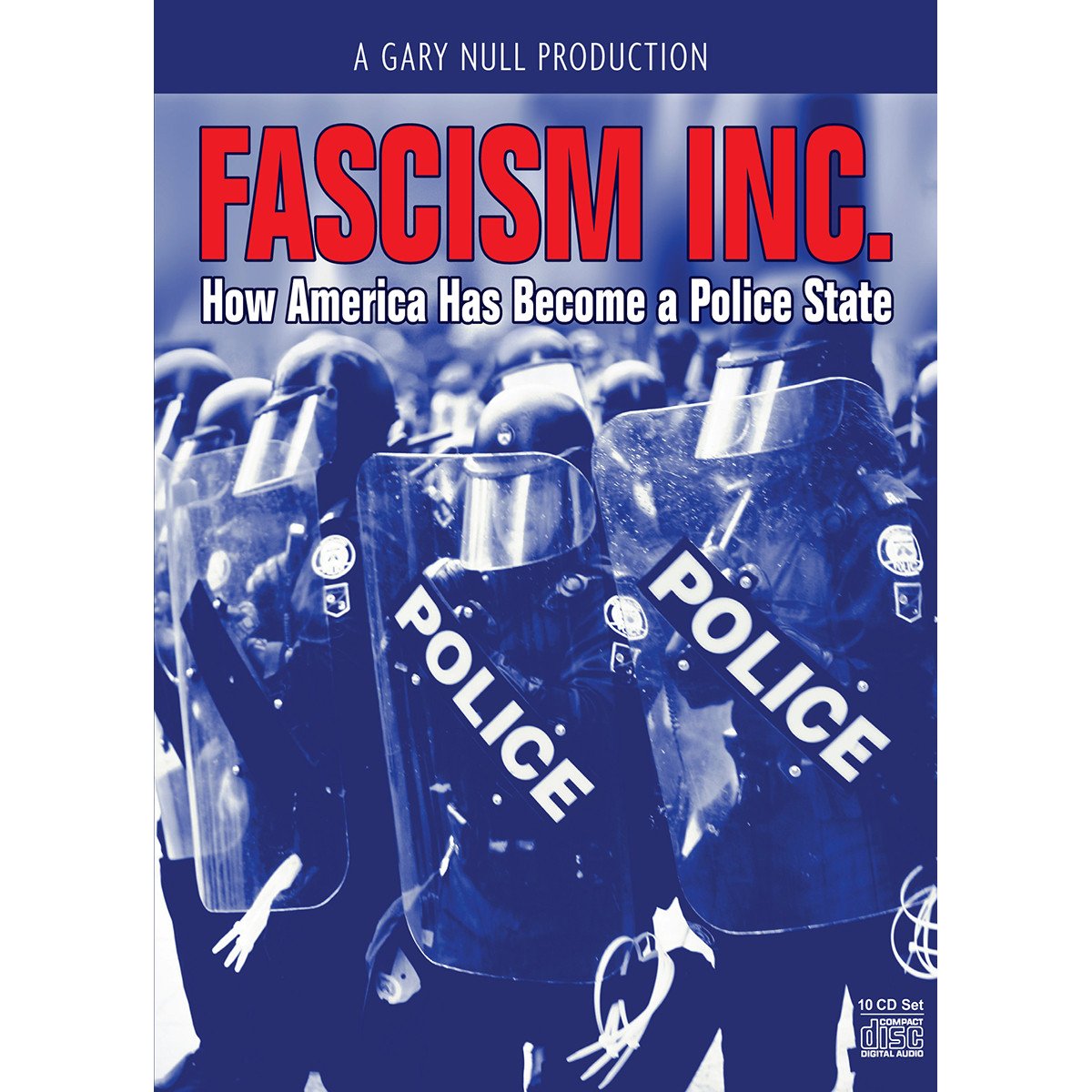 FASCISM INC.: How America Has
Become a Police State – 10 CD set
History may repeat itself, but it never repeats itself identically. Since 9/11, George Bush’s launch of the Patriot Act and Barack Obama’s signing of the National Defense Authorization Act, the US has rapidly turned its back on the principles of freedom, justice and liberty engraved in the Constitution. Instead, in praise of militaristic domination, corporate greed and power, and the myth of American exceptionalism, Washington has written a template for the emergence of new fascism and a police state. The merger of government and private industry, eulogized by the fascist dictator Benito Mussolini and documented by NSA whistleblower Edward Snowden, is being witnessed today in the Supreme Court’s Citizens United decision, the taxpayer bailout of Wall Street, and the growing inequality gap between an oligarchic rich and America’s working population.This 10 Audio CD series by awarding winning radio host Dr. Gary Null offers exclusive commentaries and interviews with many of the world’s most progressive political scientists, historians and journalists who have the courage to raise their voices against the American fascism that increasingly defines the nation’s political, economic and social landscape.

CD 3 Prof. Johan Galtung 8-16-2010: The fall of the American Empire- will we decline into a neo-fascist
state or return to a true republic?

CD 4 Chris Hedges 11-8-2010: The demise of true liberal values in America and the rise of fascism.

CD 5 Prof. Norman Pollack 8-5-2013 Commentary Hour: The interpenetration of government and private industry, and the failures of democratic radicalism in preventing the US from descending into fascism.

CD 6 Prof. Andrew Kolin 8-2-13: The conflicts between state power and democracy; the history of the US turning into a police state.

CD 7 Ray McGovern 8-12-2013 Commentary Hour: The CIA today and its role in domestic surveillance; our emerging police state and the moral imperative for citizens to become activists.

CD 8 Prof. Henri Giroux 8-6-2013: The role of media and education in the creation of an authoritarian, fascist state.

CD 9 Gary Null 09-09-13 Commentary Hour: How the privileged few in America control the many- the Homeland Security State, companies that cash in on fear, the Patriot Act, the influence of the power elite & why we no longer have a Constitution or Bill of Rights.

CD 10 Gary Null 09-23-13 Commentary Hour: The Federal Reserve, the banking system and the financial players behind the scenes.

Be the First to Review “Fascism Inc: How America Has Become a Police State – 10 CD Set”