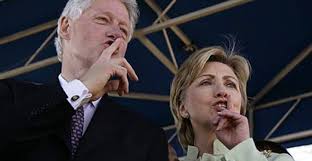 Dolly Kyle is former active attorney and currently a novelist and author. She is best known as having been an intimate romantic partner and confidante of Bill Clinton before his marriage to Hillary and during his time in the Governor’s mansion in Arkansas.  Dolly met Bill when she was 11 years old he was 13.  They were sweethearts as teenagers and continued an off and on relationship over the years as they both pursued their individual careers, and ending the relationship when Bill sought the White House in 1991.  Dolly went on to receive a degree and her jurist doctorate in law at Southern Methodist University. She practiced real estate law in Dallas for approximately 20 years and founded the non profit Lawyers for Affordable Housing organization to assist and protect low-income and poorer homeowners. In addition to her novels, Dolly is the author of Hillary the Other Woman – her political memoir and analysis of Hillary Clinton during her decades affair with Bill.  Her website is DollyKyle.com
Download this episode (right click and save)
Posting....