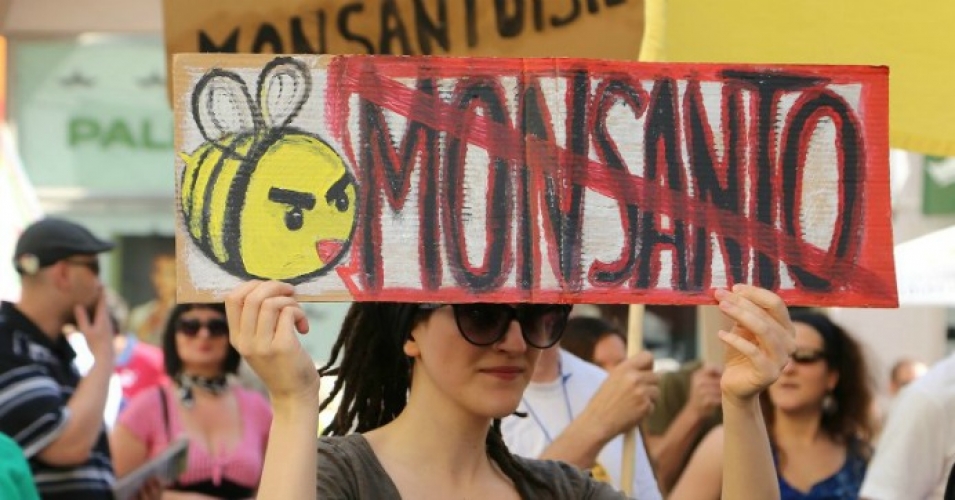 We are today in the midst of a battleground for two very different approaches to agriculture. One is the agro-ecological approach based on the use of open source traditional seeds based on biodiversity and living in harmony with nature. The other is the mechanistic world of an industrial system based on monocultures, one-way extraction and the use of pesticides, poisons and GMOs, where chemical cartels compete to take over our agriculture and food systems, destroying our ecosystems along the way.” – Brochure for The People’s Assembly, The Hague, Oct. 14, 2016, “Seeds of Freedom—Navdanya”

On October 14-16, over a thousand activists, journalists and witnesses from around the world gathered in The Hague, Netherlands, headquarters of the International Court of Justice, to put Monsanto on trial for crimes against humanity and nature (“ecocide”). Before a distinguished international panel of judges, 30 witnesses—including farmers, consumers, scientists, indigenous people and former governmental officials—from Asia, Africa, Australia, Europe, North and South America, delivered detailed and shocking testimony on how Monsanto and its agribusiness accomplices have poisoned the environment and devastated public health.

Victims and witnesses described how, over the past 50 years, Monsanto has duped, assaulted, injured and killed farmers, farmworkers, rural villagers and urban consumers with its reckless use of toxic chemicals and pesticides (PCBs, DDT, Agent Orange, Dioxin, Roundup, 2,4D), and Genetically Modified Organisms (GMOs). The insidious political clout and growing control over the world’s seeds and food by Monsanto and a new global agribusiness cartel constitute a serious, indeed catastrophic, threat to our health as well as to the health of our soils, watersheds, oceans, wetlands, forests and climate.