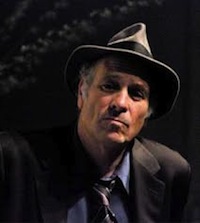 On the “Progressive Commentary Hour,” Gary talks about the European Union and what will happen if the TIPP comes to exist.

Here is the full video for you to enjoy: BREXIT – The Full Movie. BREXIT, the movie is a feature-length documentary film to inspire as many people as possible to vote to LEAVE the EU in the June 23rd referendum.

Gary plays two great clips from Noam Chosky and Yanis Varoufakis. Here is the info and links for them:

VIDEO: Noam Chomsky on why TIPP is not a trade agreement – “Highly protectionist” and “for the benefit of private powers”

Greg Palast is a journalist’s journalist whose news breaking stories and investigations have appeared on BBC, the Guardian, Al-Jazeera, now Rolling Stone and others. The Tribune in the UK has called Greg “the most important investigative journalist in our time.” Greg broke the stories of voter theft in Florida districts during the 2000 Bush-Gore election, BP’s corruption over the Deep Horizon catastrophe in the Gulf, the Bush administration’s secret pre-invasion plans to capture Iraq’s oil fields, and US’s attempted coups against Hugo Chavez. He has won many awards including the George Orwell award for Courage in Journalism. He holds an MBA in Finance from the University of Chicago and authored several books including “Billionaires and Ballot Bandits” and “Armed Madhouse” and “Vulture’s Picnic.” He is currently making a new full feature documentary – the Best Democracy Money Can Buy. You can read Greg’s reports at GregPalast.com