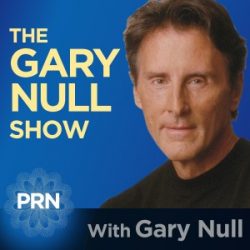 Never Forget they once told us that smoking was actually healthy!

Millions either knowingly or unknowingly consume this known hazardous chemical aspartame on a daily basis.

A new study shows a curcumin/fenugreek combination boosted the quality of life index in a study population suffering from work-related stress. The researchers noted that the National Institute of Occupational Safety and Health (NIOSH), a US federal agency responsible for research into the prevention of work-related illnesses, has said that the rapidly changing nature of the workplace has resulted in rising levels of work-related stress including neurodegenerative disorders and cardiovascular disease. A key component of these illnesses is oxidative stress, they noted. “Plant-derived dietary antioxidant phytochemicals (phytonutrients) play a vital role in the upregulation of the endogenous antioxidant defenses to maintain the cellular redox balance and to reduce the oxidative stress,” the researchers said. The researchers recruited 60 subjects experiencing significant occupational stress, mediated anxiety and fatigue as demonstrated by the psychometric evaluations and interview, and randomly assigned them to receive either curcumin/fenugreek (500 mg x 2/day) or unformulated natural curcumin with 95% purity or placebo for 30 days.  Results showed enhanced effect of curcumin/fenugreek as compared to unformulated natural curcumin, with poor oral bioavailability.

Drinking a beetroot juice supplement before working out makes the brain of older adults perform more efficiently, mirroring the operations of a younger brain, according to a new study by scientists at Wake Forest University. This is the first experiment to test the combined effects of exercise and beetroot juice on functional brain networks in the motor cortex and secondary connections between the motor cortex and the insula, which support mobility. The study included 26 men and women age 55 and older who did not exercise, had high blood pressure, and took no more than two medications for high blood pressure. Three times a week for six weeks, they drank a beetroot juice supplement called Beet-It Sport Shot one hour before a moderately intense, 50-minute walk on a treadmill. Half the participants received Beet-It containing 560 mg of nitrate; the others received a placebo Beet-It with very little nitrate. So, combining beetroot juice with exercise delivers even more oxygen to the brain and creates an excellent environment for strengthening the somatomotor cortex. Post-exercise analysis showed that, although the study groups has similar levels of nitrate and nitrite in the blood before drinking the juice, the beetroot juice group had much higher levels of nitrate and nitrite than the placebo group after exercise.

For women who are overweight or obese and are unable to exercise, new research appearing online in The FASEB Journal suggests combining acupuncture with an electrical current may help. In the report, an international team of researchers used electroacupuncture to assist with muscle contraction, which led to improved blood sugar regulation. This research also may benefit women with polycystic ovarian syndrome (PCOS), the most common hormonal disorder among women, which is associated with prediabetes and an increased risk of developing Type 2 diabetes.

Watercress extract taken multiple times a day significantly inhibits the activation of a tobacco-derived carcinogen in cigarette smokers, researchers at the University of Pittsburgh Cancer Institute (UPCI), partner with UPMC CancerCenter, demonstrated in a phase II clinical trial. The trial also showed that the extract detoxifies environmental carcinogens and toxicants found in cigarette smoke, and that the effect is stronger in people who lack certain genes involved in processing carcinogens. Dr. Yuan, who also is Pitt’s Arnold Palmer Endowed Chair in Cancer Prevention, and his colleagues enrolled 82 cigarette smokers in the randomized clinical trial. The participants either took 10 milligrams of watercress extract mixed in 1 milliliter of olive oil four times a day for a week or they took a placebo. Each group of participants then had a one week “wash-out” period where they didn’t take anything and then switched so that those getting the placebo now received the extract. They all continued their regular smoking habits throughout the trial. In one week, the watercress extract reduced activation of the carcinogen known as nicotine-derived nitrosamine ketone in the smokers by an average of 7.7 percent. It increased detoxification of benzene by 24.6 percent and acrolein by 15.1 percent, but had no effect on crotonaldehyde. All the substances are found in cigarette smoke.