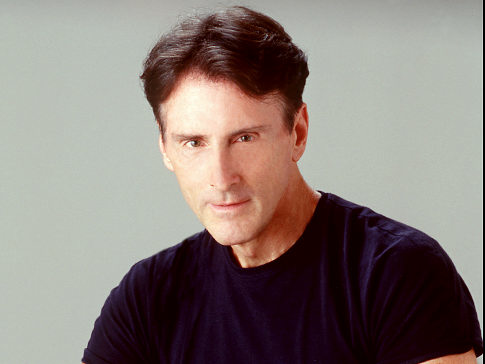 Astragulus found to inhibit breast cancer cell proliferation
Fujian University of Traditional Medicine (China), September 8, 2022
Huang qi (Astragalus) is one of the fundamental herbs in traditional Chinese medicine, with earliest records of its use dating back over 2,000 years ago. Now, a study in BMC Complementary and Alternative Medicine has found that astragulus is also able to prevent the spread of breast cancer cells in the body.

In the study, researchers from the Fujian University of Traditional Chinese Medicine in China looked at how astragulus extract can affect breast cancer cells and the process behind this biological effect. They also looked at the primary isoflavones in the extract, as well as its anti-proliferative activity on three breast cancer lines: MCF-7 (ER+), SK-BR-3 (HER2+) and MDA-MB-231 (triple-negative). They did this by exposing these breast cancer cells to the extract for 48 hours.

Findings from a review and meta-analysis reported in Critical Care suggest that providing critically ill patients with vitamin D supplements may improve some clinical outcomes, including survival.

Vitamin D supplementation was associated with a 22% lower risk of overall mortality in comparison with a placebo or standard care. Among studies that reported 28-day mortality, vitamin D supplementation was associated with a trend toward lower a lower risk. Receiving vitamin D by injection or intravenously had the strongest effect. Patients who received vitamin D spent an average of 3.13 days less in the ICU and 5 fewer days on a ventilator than those who received a placebo.

“The results of this systematic review and meta-analysis suggest that vitamin D supplementation may be associated with reduced overall mortality in critically ill patients,” they concluded.

Natural compound could reduce breast cancer risk in some women

More than 100 women die from breast cancer every day in the United States. The odds increase in postmenopausal women who have taken a combined estrogen and progestin hormone replacement therapy; these women also have an increased risk of developing progestin-accelerated breast tumors. Now, University of Missouri researchers have found that luteolin, a natural compound found in herbs such as thyme and parsley as well as vegetables such as celery and broccoli, could reduce the cancer risk for women who have taken hormone replacement therapy.

“Most older women normally have benign lesions in breast tissue,” Hyder said. “These lesions typically don’t form tumors until they receive the ‘trigger’– in this case, progestin–that attracts blood vessels to cells essentially feeding the lesions causing them to expand.” His newest study shows that when the supplement luteolin is administered to human breast cancer cells in the lab, benefits can be observed including the reduction of those vessels “feeding” the cancer cells causing cancer cell death.

Hyder’s lab has found that as human breast cancer cells develop, they tend to take on stem cell-like properties, which can make them harder to kill. Here, luteolin was used to monitor stem cell-like characteristics of breast cancer cells and his team saw a vast reduction in this phenomenon, further proving that the natural compound exerts its anti-tumor effects in a variety of ways.

“We feel that luteolin can be effective when injected directly into the bloodstream, so IV supplements may still be a possibility,” Hyder said. “But, until the supplement is tested for safety and commercialized, which we hope will happen after further testing and clinical trials, women should continue consuming a healthy diet with fresh fruits and vegetables.”

A Rutgers study points to cannabidiol (CBD), a major component of hemp and medical marijuana used to treat conditions such as chronic pain, inflammation, migraines, epilepsy, autoimmune diseases, depression, and anxiety, as a possible treatment for postmenopausal women whose ovaries no longer make estrogen.

In a study published in Frontiers in Pharmacology, scientists reported that when estrogen-deficient mice were fed CBD, a non-intoxicating compound extracted from hemp, they showed marked improvement in several areas. Their bloodstreams more readily disposed of glucose, and they burned more energy. In addition, their bone density improved, they had less inflammation in gut and bone tissues and they possessed higher levels of beneficial gut bacteria.

“This preclinical study is the first to suggest the therapeutic potential of CBD for alleviating symptoms of estrogen deficiency,” said Diana Roopchand, an assistant professor in the Department of Food Science of the Rutgers School of Environmental and Biological Sciences (SEBS) and senior author on the study. “There is much anecdotal evidence of CBD’s health benefits for menopausal and postmenopausal women, but our study is the first to investigate some of the claims in an established preclinical model of postmenopause.”

Over 18 weeks, researchers fed the estrogen-deficient mice a steady diet of either tiny, CBD-laced peanut butter balls or peanut butter balls without CBD. The untreated estrogen-deficient mice developed symptoms that resembled those of postmenopausal human females, such as metabolic dysfunction, evidence of inflammation, lower bone density, and lower levels of beneficial gut bacteria. However, in mice that ingested CBD, these conditions were significantly improved.

Mediterranean diet and depression among older individuals
Harokopio University (Greece), September 9, 2022
According to news originating from Athens, Greece,research stated, “In Europe, depression is one of the most frequent mental disorders across all age groups, but particularly in people aged 65 years and over, and higher depressive symptoms have been reported among individuals with chronic diseases (e.g., diabetes and heart disease).”

Research from Harokopio University stated, “To evaluate the role of adherence to the Mediterranean diet (MedDiet) in depression in a sample of older people living in the Mediterranean basin. Standard procedures were used to determine socio-demographic, lifestyle, and clinical characteristics of the participants, as well as their dietary habits, and depressive symptoms were evaluated using the Geriatric Depression Scale (GDS). Participants classified as having mild or severe depression were less educated and physically active, and more diabetic, and they reported less adherence to the MedDiet. Adherence to the MedDiet was associated with the absence of depression [(OR, 95% CI): 0.65, 0.50 – 0.85]. In addition, daily tea drinking was also related to the absence of depression [(OR, 95% CI): 0.51, 0.40 – 0.65].”

According to the news editors, the research concluded: “Greater adherence to the MedDiet and daily tea drinking seem to have a beneficial effect on depressive symptoms in older adults.”

There’s a long-established link between a high-fat, high-sugar diet and fatty liver disease, which can lead to life-threatening conditions such as cirrhosis and liver cancer. Now, new research from the Keck School of Medicine of USC adds some detail and dimension to this picture.

The lab study, published in Frontiers in Immunology, is the first-ever to focus on how different amounts of cholesterol as part of a diet high in fat and sugar affect fatty liver disease progression. Modeling the disease in mice, the investigators demonstrated that high cholesterol intake can make fatty liver disease worse—driving inflammation and scarring—and that, importantly, scar tissuecan persist even after switching to a diet low in cholesterol. The findings also indicated that a high-cholesterol diet can create long-lasting dysfunction in a specific population of immune cells previously shown to play a role in fatty liver disease.

“We saw that you may have a high-fat and high-sugar diet, but when you add high cholesterol to that, it will accelerate the process that causes inflammation in your liver,” said corresponding author Ana Maretti-Mira, Ph.D., an assistant research professor of medicine at USC. “People focus on high cholesterol as a risk for heart disease, but we showed that your liver may also be affected, causing inflammation, scarring and, potentially, cirrhosis.”

The researchers fed mice a high-fat, high-sugar diet shown to cause a form of advanced fatty liver disease similar to human illness.

After 20 weeks, the livers of mice from all three groups showed accumulation of fat, a benign feature of fatty liver disease, but the high-cholesterol group had more advanced disease, with increased inflammation and scar tissue.

For the following 10 weeks, mice from all three groups received low cholesterol as part of a diet that remained high in fat and sugar. At the end of that time, that change in diet had reversed inflammation in the original high-cholesterol mice, but had not reduced scar tissue. This finding shows that damage caused by high cholesterol can be hard to undo.

The high-fat, high-sugar diet given to mice in the study has unfortunate similarities to the typical Western diet in humans.

“Our daily diet has lots of carbohydrates, such as sugary drinks, bread, rice and pasta,” Maretti-Mira said. “Then there’s high fat, since everybody likes deep fried foods. At the same time, we don’t have the same active life we used to, so we end up eating much more than our body needs.”