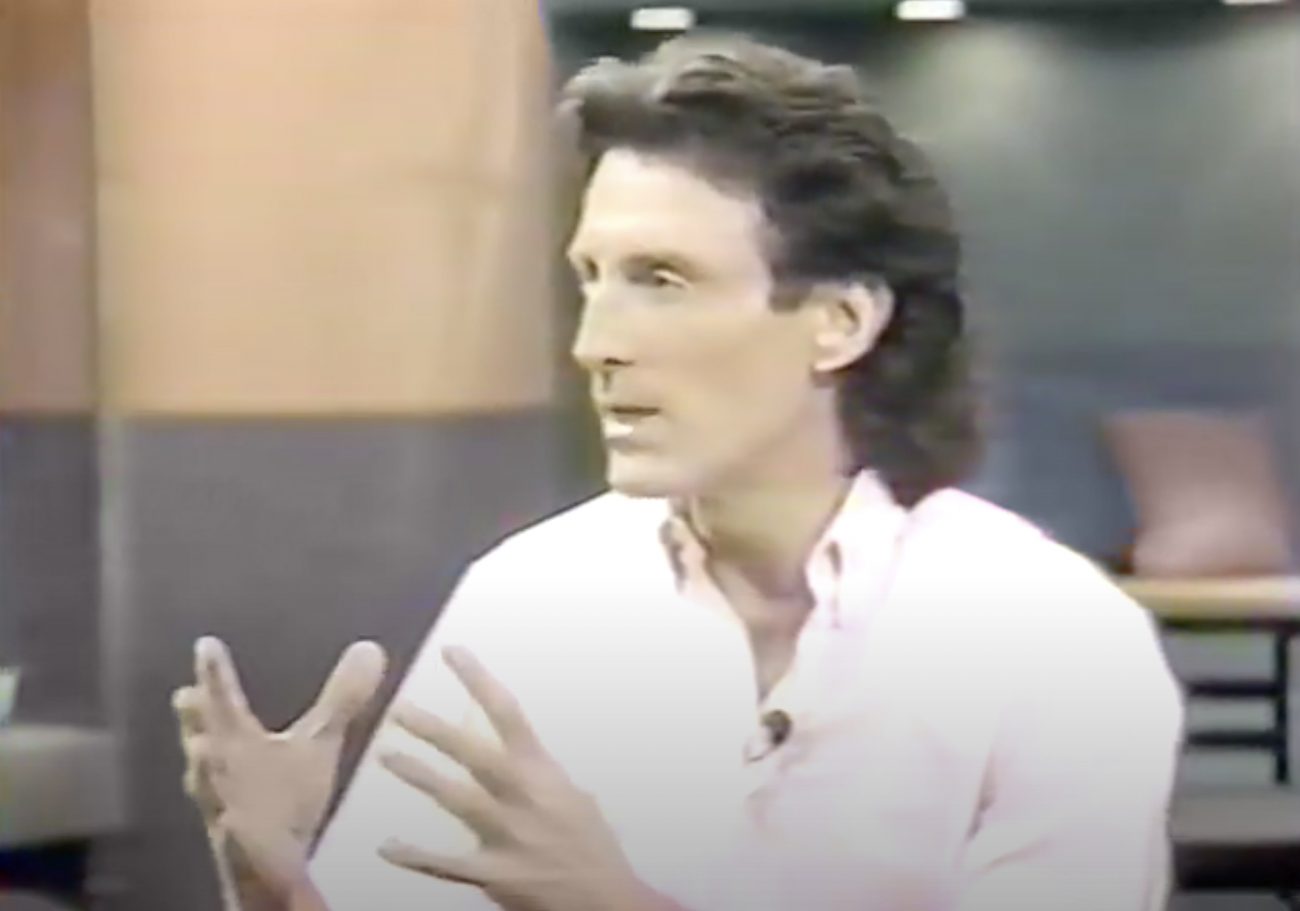 Almonds can help you cut calories

Weight loss is never an easy nut to crack, but a handful of almonds could keep extra kilos at bay according to new research from the University of South Australia.

Examining how almonds can affect appetite, researchers found that a snack of 30-50 grams of almonds could help people cut back on the number of kilojoules they consume each day.

Published in the European Journal of Nutrition, the study found that people who consumed almonds – as opposed to an energy-equivalent carbohydrate snack – lowered their energy intake by 300 kilojoules (most of which came from junk food) at the subsequent meal.

“Our research examined the hormones that regulate appetite, and how nuts – specifically almonds – might contribute to appetite control. We found that people who ate almonds experienced changes in their appetite-regulating hormones, and that these may have contributed to reduced food intake (by 300kJ).”

“Almonds are high in protein, fibre, and unsaturated fatty acids, which may contribute to their satiating properties and help explain why fewer kilojoules were consumed.”

The findings of this study show that eating almonds produce small changes to people’s energy intake, Dr Carter says this may have clinical effects in the long term.

Probiotics help maintain a healthy microbiome when taken with antibiotics

A systematic review published in the Journal of Medical Microbiology helps answer the question concerning whether probiotics should be taken along with antibiotics to support gut health.

Although probiotics decrease the adverse gastrointestinal effects caused by antibiotics, their ability to preserve intestinal microbial composition that is negatively impacted by antibiotic therapy is not well understood.

“Like in a human community, we need people that have different professions because we don’t all know how to do every single job,” she explained. “And so, the same happens with bacteria. We need lots of different gut bacteria that know how to do different things.”

While it is well known that antibiotics destroy some beneficial intestinal microorganisms, some healthcare professionals have expressed a concern that administering probiotics to antibiotic-treated patients could further alter the established gut microbe balance.

The review included 29 studies published during a 7-year period. The authors concluded that consuming probiotics with antibiotics can prevent or reduce some changes caused by antibiotics to the microbiome. “When participants take antibiotics, we see several consistent changes in some bacterial species,” Dr Marroquin observed. “But when treatment was combined with probiotics, the majority of those changes were less pronounced and some changes were completely prevented.”

New research from the University of California, Irvine, suggests aging is an important component of retinal ganglion cell death in glaucoma, and that novel pathways can be targeted when designing new treatments for glaucoma patients.

The study was published today in Aging Cell. Along with her colleagues, Dorota Skowronska‐Krawczyk, Ph.D., at the UCI School of Medicine, describes the transcriptional and epigenetic changes happening in aging retina.

The team shows how stress, such as intraocular pressure (IOP) elevation in the eye, causes retinal tissue to undergo epigenetic and transcriptional changes similar to natural aging. And, how in young retinal tissue, repetitive stress induces features of accelerated aging including the accelerated epigenetic age.

Aging is a universal process that affects all cells in an organism. In the eye, it is a major risk factor for a group of neuropathies called glaucoma. Because of the increase in aging populations worldwide, current estimates show that the number of people with glaucoma (aged 40-80) will increase to over 110 million in 2040.

In humans, IOP has a circadian rhythm. In healthy individuals, it oscillates typically in the 12-21 mmHg range and tends to be highest in approximately two thirds of individuals during the nocturnal period. Due to IOP fluctuations, a single IOP measurement is often insufficient to characterize the real pathology and risk of disease progression in glaucoma patients.

Long-term IOP fluctuation has been reported to be a strong predictor for glaucoma progression. This new study suggests that the cumulative impact of the fluctuations of IOP is directly responsible for the aging of the tissue.

Researchers now have a new tool to estimate the impact of stress and treatment on the aging status of retinal tissue, which has made these new discoveries possible. In collaboration with the Clock Foundation and Steve Horvath, Ph.D., from Altos Labs, who pioneered the development of epigenetic clocks that can measure age based on methylation changes in the DNA of tissues, it was possible for researchers to show that repetitive, mild IOP elevation can accelerate epigenetic age of the tissues.

What do people experience at the border between life and death?

Dr. Parnia, who served as lead investigator of the study, explained that he and the other researchers undertook this research in an attempt to scientifically explore something that health professionals have discussed anecdotally for decades: The similar stories people revived by cardiopulmonary resuscitation (CPR) often tell about the time when their hearts stopped.

“For decades now, millions of people who’ve gone through this have reported having lucid heightened consciousness, even though from the perspective of their doctors they were not conscious and they were in death,” Dr. Parnia told MNT.

The study centered around 567 men and women who received CPR after their hearts stopped beating while at one of 25 participating hospitals in the United States and the United Kingdom.

When health practitioners began CPR on a patient whose heart stopped, researchers rushed to the scene, bringing along a portable electroencephalogram, or EEG, to monitor electrical activity in different parts of the brain, and near-infrared spectroscopy (NIRS) to measure oxygen saturation of superficial brain cortex regions. Taking care not to get in the way of health practitioners performing CPR, researchers also clamped a tablet computer above the patient’s head. The tablet was connected to Bluetooth headphones which were placed on the patient’s ears.

Of 567 subjects, 213 or about 38% experienced sustained return of spontaneous circulation, meaning their pulse was restored for 20 minutes or longer. Only 53, or fewer than 10% of the participants, lived to be discharged from the hospital.

Of those 53, 25 were unable to be interviewed by researchers due to poor health. The remaining 28 participants were interviewed 2 to 4 weeks after cardiac arrest depending on their recovery.

Six of the 28 participants interviewed remembered the experience of dying. These recollections included one person who heard a deceased grandmother telling her to return to her body.

Some of these brain waves normally occur when people are conscious and performing functions like memory retrieval and thinking. According to the researchers, this is the first time such biomarkers of consciousness have been identified during CPR for cardiac arrest.

“We found the brain electrical markers of heightened […] lucid consciousness, the same markers as you get in people who are having memory retrievals who are having […] high order cognitive processes, except that this was occurring when the brain had shut down.

Athletes and bodybuilders are always eager to learn more about new products that can help enhance their workouts by promoting strength and stamina. Agmatine, a natural compound, is often used by health enthusiasts as a pre-workout supplement.

According to research, agmatine can also potentially be used to boost brain health and improve mood.

In one scientific review, researchers suggest that the compound can help prevent neurodegenerative diseases and assist in the recovery of brain injury patients.

Agmatine or 4-aminobutyl-guanidine is produced in your body from arginine, an amino acid found in foods like chickpeas, lentils, pork and poultry.

When used as a pre-workout supplement, experts recommend not taking it with protein since dietary protein can slow the absorption of agmatine. This then diminishes its benefits.

Agmatine is often listed on supplement labels as agmatine sulfate. Dosages range between 250 mg to 1,000 mg per scoop, with intake recommendations between one to two grams per day.

Agmatine has antioxidant and anti-inflammatory effects and can scavenge harmful free radicals that cause oxidative damage to your organs and tissues. Some people believe agmatine can help enhance workouts by increasing levels of beneficial nitric oxide. This then dilates blood vessels and promotes healthy circulation.

Data also suggests that agmatine may help activate the release of pain-killing, mood-lifting endorphins, which can boost motivation and mood. This suggests taking agmatine can help make you feel more inclined to exercise.

Agmatine may also help down-regulate matrix metalloproteinases (MMPs), which are tissue-degrading enzymes that can facilitate the spread of malignant tumors.

Studies show that agmatine works against the glutamate receptors that affect pain perception.

Data from preliminary studies have supported agmatine’s ability to reduce pain and strengthen the pain-killing effects of prescription opioids. Experts hope that agmatine can be used to help reduce the amount of medications needed and decrease the possibility of addiction to opioids.

Supplementation with agmatine may help activate serotonin, the “feel good” chemical in your body while also decreasing levels of cortisol, the “stress” hormone that builds up when you are under duress. In a review published in the European Journal of Neuropsychopharmacology, scientists suggest that agmatine has antidepressant effects.

According to a 2018 study published in the journal Human and Experimental Toxicology, agmatine can help protect brain cells from oxidative stress and inflammation caused by laboratory-induced Parkinson’s.

Prenatal exposure to phthalates, a set of chemicals commonly found in plastics and personal care products, has been shown to significantly impact aspects of behavior and cognition in infants, according to a team of researchers at the University of Illinois Urbana-Champaign.

“Phthalates are widespread, and several well-known studies have reported that 100% of pregnant individuals had detectable levels of phthalates in their bodies,” said developmental neurotoxicologist Jenna Sprowles, a former postdoctoral research associate at the Beckman Institute for Advanced Science and Technology.

Children’s toys, cosmetics, and constructional materials are all potential sources of phthalate exposure, as are other materials made from polyvinyl chloride.

When individuals who are pregnant are exposed to phthalates, the chemical compound crosses the placental barrier to interact directly with the fetus. Phthalates can also be transferred to a newborn through breast milk.

Their study, reported in the journal Neurotoxicology and Teratology, investigated the neurobehavioral impacts of prenatal phthalate exposure in infants aged 4.5 and 7.5 months. Since many existing studies focus on individuals in early and middle childhood, providing attention to this age group is especially important.

“Phthalates are endocrine-disrupting chemicals, meaning they interact with and alter how hormones typically act in the body. Hormones play crucial roles in brain development, so when the activities of hormones are altered by chemicals like phthalates, adverse functional effects are possible,” Sprowles said. “While we do know that different phthalates can affect different hormone systems, we don’t yet know exactly how particular phthalates exert their specific effects.”

The researchers found that the impact of prenatal phthalate exposure was specific to each phthalate’s particular properties. For example, higher prenatal concentrations of a phthalate called MEP, which is commonly found in personal care products, were associated with lower ASQ scores (indicating below-average development) in certain domains.

Their results align with existing studies, some of which have been carried out in animal models, which indicate that both prenatal and neonatal exposure to phthalates alters neural structure and function, resulting in impaired cognition and altered behavior.