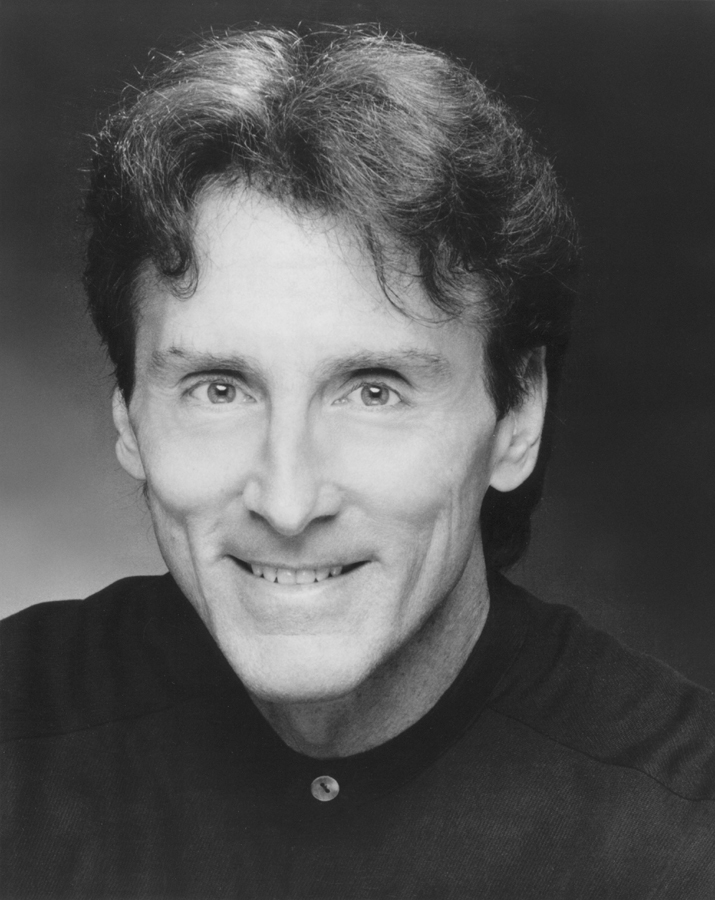 Breaking bones can be life changing events—especially as we age, when hip fractures can become particularly damaging and result in disability, compromised independence and a higher mortality risk. But research from Edith Cowan University’s Nutrition and Health Innovation Research Institute has revealed there may be something you can do to help reduce your risk of fractures later in life. In collaboration with the University of Western Australia, the study looked at the relationship between fracture-related hospitalizations and vitamin K1 intake in almost 1,400 older Australian women over a 14.5-year period from the Perth Longitudinal Study of Aging Women. It found women who ate more than 100 micrograms of vitamin K1 consumption—equivalent to about 125g of dark leafy vegetables, or one-to-two serves of vegetables—were 31% less likely to have any fracture compared to participants who consumed less than 60 micrograms per day, which is the current vitamin K adequate intake guideline in Australia for women. There were even more positive results regarding hip fractures, with those who ate the most vitamin K1 cutting their risk of hospitalization almost in half (49%). “Basic studies of vitamin K1 have identified a critical role in the carboxylation of the vitamin K1-dependant bone proteins such as osteocalcin, which is believed to improve bone toughness.”A previous ECU trial indicates dietary vitamin K1 intakes of less than 100 micrograms per day may be too low for this carboxylation. “Vitamin K1 may also promote bone health by inhibiting various bone resorbing agents.”Dr. Sim said eating more than 100 micrograms of vitamin K1 daily was ideal—and, happily, it isn’t too difficult to do.”Consuming this much daily vitamin K1 can easily be achieved by consuming between 75–150g, equivalent to one to two serves, of vegetables such as spinach, kale, broccoli and cabbage,” he said.

With the flu season upon us, and it looks like they may have a powerful new ally in quercetin, a potent flavonoid and phytonutrient found in many healthy foods and online.

New research reveals:
A group of Chinese scientists released a study showing that quercetin can actually block the flu virus from entering cells – which the virus needs to do in order to live and replicate. The team conducted the study by adding quercetin to cells prior to infecting them with influenza, and found that the quercetin-treated cells had significantly lower rates of infection than the cells that had not been treated – an obvious inhibitory effect.
Quercetin was found to be effective against Influenza A, as well as its subtypes H1N1 and H3N1. It was also found to work against H5N1, or avian flu – a particularly dangerous subtype with a 60 percent mortality rate. Researchers characterized quercetin as having the potential to be a safe, effective and affordable treatment for Influenza The team noted that quercetin blocked the H protein and, along with it, virus entry. This finding showed that quercetin was effective when added during the process of virus infection, rather than post-virus infection. In other words, quercetin stopped the influenza virus in its tracks, near the beginning of the infection process – which consists of attachment, entry, replication and release. Also encouraging is the fact that viruses are not able to develop resistance to quercetin. In fact, when quercetin was used with anti-viral drugs, it prevented the development of resistance that otherwise would occur. This is an immense benefit, as for years scientists have been concerned about viruses’ ability to mutate and become resistant to antiviral drugs.

Vitamin B12 Deficiency A Common Health Problem That Can Have Serious Consequences – But Doctors Often Overlook It
Wayne State University, November 28, 2022

B12 deficiency is a common health problem that affects an estimated 6% to 20% of the U.S. population. B12 is scarce in the diet, and it is found only in foods from animal sources. Fortunately, humans need only 2.4 micrograms of B12 daily, which is equivalent to one ten-millionth of an ounce – a very, very small amount. Without adequate B12 in the body, overall health and quality of life are negatively affected. Signs and symptoms
One primary symptom of B12 deficiency is fatigue – a level of tiredness or exhaustion so deep that it affects daily life activities. Other symptoms are neurological and may include tingling in the extremities, confusion, memory loss, depression and difficulty maintaining balance. Some of these can be permanent if the vitamin deficiency is not addressed. However, since there can be so many causes for these symptoms, health care providers may overlook the possibility of a B12 deficiency and fail to screen for it. Further, having a healthy diet may seem to rule out any vitamin deficiency. B12 absorption is a complex multistep process that begins in the mouth and ends at the far end of the small intestine. When we chew, our food gets mixed with saliva. When the food is swallowed, a substance in saliva called R-protein – a protein that protects B12 from being destroyed by stomach acid – travels to the stomach along with the food. Specific cells in the stomach lining, called parietal cells, secrete two substances that are important to B12 absorption. One is stomach acid – it splits food and B12 apart, allowing the vitamin to bind to the saliva’s R-protein. Treatment for B12 deficiency can be oral, applied under the tongue or administered through the nose, or it may require various types of injections. A B12 supplement or balanced multivitamin may be enough to correct the deficiency, as it was for Scout, but it’s best to work with a health care provider to ensure proper diagnosis and treatment.The Conversation

Research has shown for the first time that spending time in snowy surroundings can improve how you feel about your body. Previous studies have found that green spaces, such as parks and forests, and “blue environments,” such as being at the coast or close to a river, can improve body image.
Now new research, published in the International Journal of Environmental Research and Public Health, has discovered that white spaces, in this case a snow-covered woodland, can have a similar effect. Led by academics from the Medical University of Silesia, in Katowice, Poland, and Anglia Ruskin University (ARU) in the U.K., the research was carried out last winter and involved 87 women, with an average age of 24, who took part in small groups. Before and after walking in a snowy woodland in the Silesia region of Poland, the participants completed a measure of their body appreciation. Before the walk, they also completed measures of connectedness to nature and self-compassion. The study found that spending a short amount of time in nature—in this case approximately 40 minutes—results in greater body appreciation. Additionally, people who scored highly in the trait of self-compassion displayed greater improvement in body appreciation. Senior author Viren Swami, Professor of Social Psychology at Anglia Ruskin University (ARU), said, “Natural environments help to restrict negative appearance-related thoughts and shift attention away from an aesthetic view of the body and toward greater appreciation of the body’s functionality. Positive body image is important not only in its own right, but has other beneficial effects, including more positive psychological well-being. “Our findings demonstrate the importance of ensuring that everyone can access restorative natural environments, which may be a cost-effective way of promoting healthier body image, and highlight that there are significant benefits of being outside in nature, whatever the weather.”

In a new study, researchers at Beth Israel Deaconess Medical Center (BIDMC) compared the effects of three eating patterns on patients’ risk of experiencing a cardiovascular event within in the next ten years—the Dietary Approaches to Stop Hypertension (DASH) diet, a diet rich in fruits and vegetables, and the Western diet that is typically low in fruits and vegetables while high in fat and sodium. The team’s findings suggest that while the DASH and fruit/vegetable diet each reduced risk scores by about 10 percent over an eight-week period, the DASH diet conferred additional benefits for women and Black adults compared to Western diet. The results are published in the American Journal of Cardiology. “Our study suggests that the benefits associated with these diets may vary by sex and race. While a diet rich in fruits and vegetables produced reductions in risk for woman and Black participants, the effect with the DASH diet was twice as large in women and four times as large in Black adults.” To determine the effect of the different diets on an individual’s risk of atherosclerotic cardiovascular disease, Juraschek and colleagues acquired data from 459 adults aged 22 to 75 who participated in the original DASH trial between 1994 and 1996. Participants—who were roughly half women and half Black—were randomized to one of three diets for eight weeks. The control diet was high in total fat, saturated fat and cholesterol. The fruit and vegetable diet provided more produce, but did not otherwise significantly differ from the control diet. The DASH diet also provided more fruit and vegetables, but emphasized more whole grains, lean proteins, nuts and low-fat dairy while reducing fat, saturated fat, cholesterol and sugar. When Juraschek and colleagues compared the data, they found that both the DASH diet and the fruit and vegetable diet had lowered participants’ 10-year risk for atherosclerotic cardiovascular disease by about 10 percent overall. However, the effect was not consistent across demographics. The DASH diet reduced the 10-year risk score among women by nearly 13 percent, compared to just over six percent among men. Moreover, DASH reduced the 10-year risk score by nearly 14 percent among Black adults, versus just 3 percent among non-Black adults.

When we consume fats (also called lipids) in our diet, they can be metabolized or stored to provide energy for the body. But they are also involved in regulating the genes expressed within—and the signaling between—cells. Lipids influence how our cells behave and function, which affects many processes in the body including the immune system. Though researchers are now aware that lipids help regulate immune cell behavior, there is little understanding of how specific mechanisms and lipid molecules are involved. To address this gap in our knowledge, researchers from the School of Immunology & Microbial Sciences at King’s College London looked at how lipids affect the immune system. The paper, recently published in Nature Communications, investigated the role of lipids in controlling macrophages. These are cells of the innate immune system that patrol the body to ingest and destroy microbes, toxic chemicals, and dead/cancerous cells in a process called phagocytosis. They can also help coordinate a wider immune response by sending signals to other immune cells. The researchers, led by Phillip Brailey and Lauren Evans under the supervision of Patricia Barral, identified a direct link between macrophages and a lipid molecular pathway. Lipid pathways trigger a chemical signal in the macrophage that influences its activation and behavior, making it more responsive to signals from the immune system. When researchers modified the lipid pathway in macrophages, they also found that the changes affected its behavior. Specifically, the changes made macrophages less responsive to immune signals, affecting the overall immune response. This shows how immune cells can be influenced by modifications to the lipid-dependent pathway. As well as identifying a new molecular mechanism in the immune system, the data highlights a potential new avenue for therapy. As targeting this lipid pathway changes the behavior of macrophages, this could form the basis of therapies in a wide range of diseases, including autoimmune diseases, cancers, infections, and sepsis.”Our paper identifies novel mechanisms underpinning the activation of immune cells, by providing a direct link between lipid pathways and immune cell activation. Our data suggest that manipulation of lipid pathways could represent a therapeutic target to improve immune responses in a variety of diseases,” noted Dr. Patricia Barral, Reader in the School of Immunology & Microbial Sciences.