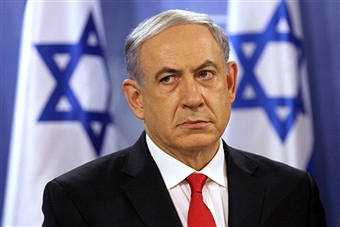 In Congress, Netanyahu faults bad deal on Iran Nuclear program. Or…..Bibi goes to Washington. Aside from what the president said, which was that the Israeli PM’s speech contained nothing new, you might want to ask yourself what his actual solution is. A nation that has nukes (but won’t admit it) wants no negotiations at all to stop another country from getting them. Remember, Bibi said Iran was days away from the bomb more than 20 years ago…

Obamacare goes to the Supreme Court…what, again??? This time, it’s over taxes for subsidies. Does no one want poor folks to be insured?

House approves Homeland Security budget, without strings. Jeez, what’s John Boehner been drinking? This is the clean bill that should have been passed some time ago. What does he want in return?

Oklahoma: House approves executions by gas. Talk about back to the future. California doesn’t even use gas anymore! It’s kill by any means necessary.

Bizarre paperwork error will mean no Democratic nominee in Brooklyn Assembly race. This is as twisted as it gets. Pure slackness if one has ever seen it.

Ferguson police routinely violate rights of blacks, Justice Dept. finds. The numbers are irrefutable, and they say that town’s cops are running a racist fiefdom. The real question is….how many other towns and cities are doing the same thing? Then there’s the question of black people as government ATMs.

Workers say TGI Fridays closed, reopened, and only hired white and Latino employees. Maybe the feds are going to have to look into practices in the restaurant and hospitality industries.

What 7 states discovered after spending more than $1 million drug testing welfare recipients. Wanna take a guess? This is a way to get government to reinforce the worst stereotypes of poor people and people of color.

Westboro Baptist Church beams down to wrong co-ordinates, miss Spock’s funeral. Hate mongers hate….that’s what they do. They also do stupid pretty well, too.