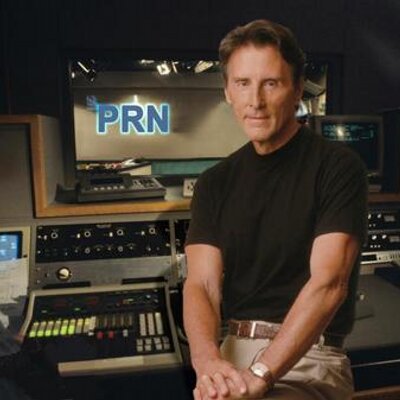 Adam Nagourney’s recent effort to cancel and condemn Robert Kennedy Jr. has registered another low in the New York Times’ registry of crank tabloid journalism.  Americans’ trust in our media is already at an all time low, down to 21 percent last year, and the lowest in the world. The Times’ propensity for fake reporting undoubtedly has contributed to American journalism’s steady decline.

So if a journalist is clueless about the individual he is writing about, what better weapon to employ than Robert’s own family members and friends?  Fortunately Nagourney’s article is just a rambling, incoherent diatribe recycling earlier Times hit pieces by Roni Rabin and Robert’s niece Dr. Kerry Kennedy Meltzer. Its message is that Robert has turned his life away from being a conscientious advocate for the environment and jumped on the conspiratorial bandwagon.

However, there are glaring flaws in Nagourney’s reasoning that his apparent ignorance about the subject matter would account for. Nowhere does Nagourney mention Robert’s international bestselling book The Real Anthony Fauci, which has caused such a stir worldwide. Did the author bother to read the book?  Highly doubtful. Nagourney’s writing seemingly focuses on Hollywood and LBGT issues.  Evidently he is not the ideal journalist for the Times’ editorial management to assign an article that otherwise requires many years of research into our nation’s federal health system and reams of legal documents and peer-reviewed studies about vaccine efficacy and safety.

Robert is publicly on record inviting anyone who wishes to debate and challenge his book’s content and the over 2,100 references supporting its claims. Would any of the Times’ journalists, who hide behind their quills, have the courage to accept his invitation? To our knowledge nobody from the mainstream media has taken up Robert’s offer. We might challenge the Times’ editorial management to unearth a single instant where Robert has stated he was not pro-vaccine.  If the Times is so worried about Kennedy being on the wrong side of history and science, then why not review The Real Anthony Fauci with reliable, independent fact checkers to debunk any misstatements and untruths? The fact that the Times and the mainstream media have in unison ignored the book entirely, hoping it will fade away into obscurity, is itself gross negligence. Even Fauci and Bill Gates have failed to satisfactorily make a concerted effort to exonerate themselves from the book’s damning evidence.

Repeatedly, Robert is very succinct about being pro-vaccine and he has reason to be very worried about the credibility of vaccine makers’ clinical trial data and the deep conflicts of interest between the drug industry and federal regulators who are too willing and eager to give their Big Pharm masters a green light to licensure.

That Nagnourney would resurrect the old vaccine-autism chestnut is to be expected of any hit person assigned to target an anti-vaxxer. Yet there is very sound evidence to support Robert’s stance on the vaccine-autism debate. We may recall that it was Robert who filed the Freedom of Information request to uncover the smoking gun behind a CDC study showing that there was indeed a relationship between earlier thimerosal (mercury)-laced vaccines and neurological disorders, including autism. The evidence is clearly outlined in the transcript of a 2000 secret meeting held at the Simpsonwood retreat facility outside CDC headquarters in Atlanta.  During the meeting, the study’s chief scientist, Dr. Thomas Verstraeten, stated, “This analysis suggests that in our study population, the risks of tics, ADD, language and speech delays, and developmental delays in general may be increased by exposures to mercury from thimerosal-containing vaccines during the first six months of life.”  The clandestine Simpsonwood gathering decided to withhold its findings from the public and, instead, proceed with a recalculation of the same data by employing confounders, or biased criteria selection in order to confirm the CDC’s desired results. Later a House Committee on Government Reform’s three-year review of the CDC’s and FDA’s handling of the exponential rise in autism concluded that “It appears that many who participated in the thimerosal debates allowed their standards to be dictated by their desire to disprove an unpleasant theory.” Dr Roger Bernier confirmed a deep concern Robert has been sounding for years to the mainstream media’s plugged ears. During the Committee hearings, Dr. Bernier, who was then the CDC’s associate director of science, stated,

“It [removing thimerosal from vaccines] could entail financial losses of inventory if current vaccine inventory is wasted. It could harm one or more manufacturers and may then decrease the number of suppliers… The evidence justifying this kind of abrupt policy change [immediate removal of mercury from all vaccines] does not appear to exist, and it could entail financial losses for all existing stocks of vaccines that contain thimerosal.”

In other words, for the CDC, then as now, protecting pharmaceutical interests and money trump public health and well-being. The Real Anthony Fauci is riddled with similar examples of financial incentives driving health policies directly under Fauci’s control. Finally, the Commission recommended that “studies be conducted that pool the results of independent research that has been done thus far, and a comprehensive approach should be developed to rid humans, animals and the environment from this dangerous toxin.”

Yet unsurprisingly a subsequent CDC study, after several attempts to massage the original data, was published to deny any relationship between vaccination and autism. To this day this remains the position of the CDC, FDA and HHS despite a large body of independent research, with no conflict of interests with governmental and private industry interests, that continues to mount against our policy makers’ reliance on questionable science. Separate from Robert, cases have been adjudicated through the Justice Department to award monetary compensation to victims of vaccine-related autism and encephalitis. However, most dramatic is the whistleblower case of Dr. William Thompson, a senior CDC epidemiologist. Dr. Thompson released thousands of documents to Prof. Brian Hooker, a biologist at Simpson University, providing evidence that the CDC under Julie Gerberding’s watch, withheld and later destroyed research data proving the MMR vaccine contributed to higher autism rates in African American boys The documents also proved the CDC has known for years that the influenza vaccines, which still contain mercury, contributed to neurological tics and disorders. If we can easily find these references, certainly it is within the Times’ capability to do so also.

We should lend an attentive ear to Robert’s Covid vaccine warnings because on many occasions in the past he has been on the correct side of history. Perhaps Nagourney’s conflating the safety profiles between the experimental mRNA and adenovirus vector Covid injections from traditional pre-Covid vaccines.

For example, Robert was a lead attorney in the historic ruling against Monsanto and its carcinogenic glyphosate herbicide or Roundup. The latest legal update is that Monsanto has settled nearly 100,000 lawsuits and paid out $11 billion. Another 26,000 cases remain pending.

Throughout his law career Robert has been involved in hundreds of legal cases to protect the environment such as New York City’s watershed; enforcement of the Clean Water Act; protecting poor minority, indigenous communities, and military personnel from corporate and federal toxic pollution; and legal victories against the oil, hydrofracking, pipeline and nuclear power industries.

Last year, Robert’s Children’s Health Defense (CHD) won a US Court of Appeals case against the Federal Communications Commission for the agency’s failure to review the health and safety guidelines on 5G and other wireless technology. In 2019, 26,000 scientists submitted a petition to the UN, World Health Organization, European Union and world governments demanding a halt to a 5G rollout. There are over 10,000 peer-reviewed studies now warranting global caution about radio frequency radiation’s adverse effects to the environment and human DNA, the endocrine system and various organs. Undoubtedly the CHD case unsettled the New York Times; it may be a reason among others for the newspaper to print vindictive articles against Robert. Following the Times’ partnership with the telecom giant Verizon to launch a 5G Journalism Lab, the paper’s 5G coverage has consistently parroted the telecom industry’s talking points. The Verizon collaboration will provide the newspaper with a jump start ahead of other mainstream media to gain “early access [to] the 5G network.” Nor should we forget that the Times’ top shareholder is Mexican billionaire and mobile phone magnate Carlos Slim, who is positioned to rake in billions from 5G’s rollout south of the border.

We might ask why Robert would risk tarnishing the Kennedy legacy, which his siblings seem determined to keep pristine? Quite simply, like his father and uncle, Bobby is a rebel at heart who seeks the truth rather than to preserve a family legacy or bureaucratic ideology.

As for the New York Times, on matters of critical domestic and international importance, it has repeatedly proven to be unreliable. This is the same Times, despite its enormous resources and government contacts that has gotten its stories wrong at the cost of countless lives. It got the story of Iraq’s weapons of mass destruction reprehensibly wrong, which led to one of the greatest debacles in foreign policy in this century. It got Libya, Venezuela, and Syria wrong. It was wrong about the Obama-Clinton backed coup spearheaded by Hillary sidekick Victoria Nuland.  And to this day the Times has failed to hold the US’s co-responsibility for prolonging the Saudis’ genocide in Yemen. And the Gray Lady refuses to cover other nations’ success stories in handling the pandemic, including prescribing repurposed inexpensive drugs such as ivermectin which has reduced SARS-2 infections and deaths dramatically.

Had Nagourney, Rabin and Robert’s siblings and friends spent thousands of hours doing meticulous research to uncover the truth, it would be less likely they would have proceeded in advancing their shared conspiratorial delusions. In the absence of any observable scientific background, to denigrate Robert with personal biases and dogmatic assumptions is disingenuous. Certainly he has spent more time investigating the corruption endemic in our federal health system than anyone in the history of the New York Times. So at what point do the Fed’s junk science, misdemeanors, and perjury before Congress pile up to a tipping point whereby nothing coming from our health agencies can be taken at their word?  Robert evidently passed that threshold long before the rest of us. As we witness our federal health officials back pedaling or abandoning their own health advice, rewrite scientific analyses, rapidly fund compromised research institutes in order to debunk the next damning study about the inefficacy of masks, social distancing and the Covid vaccines’ adverse effects and mandates, we are observing a health system in dismal disarray.

Improvising on a meditation by the Trappist monk Thomas Merton, who had carried on a correspondence with Robert’s mother Ethel, Times’ journalists such as Nagourney and Rabin are like people who wander the countryside painting billboards that say “The CDC Saves” or “Prepare to Meet God (Anthony Fauci).”  Oddly, these biased opinion essays should not make us think about the CDC nor Fauci. Rather we should wonder what goes on in these writers’ minds. Absent any journalistic integrity, we should wonder what their motives are to force THEIR CDC and Fauci upon us by way of condemning the critics of the government’s failed Covid pandemic policies. Or rather should we pity these journalists’ scorn and vitriol as simply pathetic projections of themselves?Attachments area