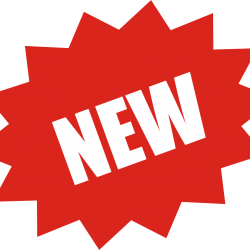 “It is dangerous to let the public behind the scenes. They are easily disillusioned and then they are angry with you for it was the illusion they loved.”  — W. Somerset Maugham

“He who despises his own life is soon master of another’s. Beware, for such a man can become master of souls.” — 17th Century Irish Proverb

These quotes share something in common. Both take us behind the scenes of what on appearance are presumed to be objective and factual for anyone to believe. Both quotes also define the duplicity hidden in the editorial world of the world’s largest so-called encyclopedia, Wikipedia. But very few people have the background or scholarship to spark the suspicion as to whether or not the information Wikipedia’ provides on many subjects is accurate or not.  Popularity and hype trumps the reality of what Wikipedia really is. And almost no one really knows anything about the encyclopedia’s parent organization, the WikiMedia Foundation.

First, respectable encyclopedias, such as the Encyclopedia Britannica and the Columbia Encyclopedia, which strive towards accuracy and scholarly excellence, take control and assume accountability for the content published. Its authors and editors are known. Their credentials are verifiable, and transparency is held in high esteem.

This is not the case for Wikipedia, whose writers and editors who are largely anonymous and often unknown. Anyone can create false credentials and add or delete content. And unlike legitimate encyclopedia’s who reimburse contributors because of their expertise and knowledge in certain disciplines, Wikipedia is comprised of an army of unpaid volunteers. Consequently, anyone and everyone is invited to participate and bring their own personal agendas, biases, prejudices and illiteracy on any given topic.

Second, legitimate encyclopedias, whose administrators value the quality and accuracy of content, are quick to take measures when errors are discovered.  In other words, those responsible for the encyclopedia honor the duty to be accountable. However, this is rarely if ever the case with Wikipedia. For example, no noteworthy encyclopedia uses its power and prestige to intentionally make efforts to destroy entire professions and the accomplished individuals within those professions. Even the Inquisition, a person had an opportunity to provide a defense. For Wikipedia  you are accused, ruled guilty and sentenced to a life in virtual solitary confinement without opportunity for appeal, due process or suit. And furthermore, if you complain about the gang rule, you are further assaulted and condemned.

The Foundation is little more than a revenue generating machine that refuses to be held accountable for the content posted and the actions of volunteer editors who use the site for their own prejudiced beliefs, opinions and those of the companies or ideologies they represent and/or embrace.

After pulling the curtain back on Wikipedia, we have exposed a fetid and intellectually corrupt swamp that is convulsed with biases, self interests, ideological rivalries, pettiness and sometimes factual lies. Average citizens are increasingly waking up to the noxious quagmire of disinformation in Washington and the mainstream media. The entire American media has the stench of putrefying pathological disease.  Behind the Wikipedia curtain, the environment is the same.  The difference is that when hundreds of millions of people are using Wikipedia weekly, without knowing the sources of what they are reading, then there is a potential they may be putting their health, or even their lives, in danger.

Lets imagine a situation that is not uncommon in modern medical practice. A cancer patient has solely relied on conventional cancer treatments, such as chemotherapy, radiation or surgery. After a period of time, the cancer returns and is more aggressive. The attending oncologist has the solemn task to gently convey to the patient there is nothing more modern medicine can do to save the person’s life. Everything in their toolkit was tried and unfortunately in this patient’s case it failed. Therefore, the patient is prescribed a pain killer, often a powerful opiate, for the pain with some final recommendations for hospices.

This image is not hypothetical.  Over half a million people dying at this moment have relied only on orthodox medicineLast year there were 1.7 million new cases of cancer diagnosed  and over 609,000 deaths.  Consequently, going back over the past four decades since Nixon launched the nation on its official war on cancer, tens of millions of Americans have been in the scenario just provided. Yet a British study found that approximately 27% of cancer-related deaths are due to the chemotherapy. Radiation and some chemotherapy agents are in fact classified as carcinogens.

Therefore if a patient or a loved one decides to seek other non-conventional or alternative therapies that might offer a chance of survival, relieve toxic side effects of drugs and radiation, and improve the quality of life, should not these be offered? Already today, many clinics worldwide, including in the US, have reported various degrees of success not just keeping patients alive but also reversing terminal conditions as well. If you have nothing to lose, and you have been handed a death notice, should you not have the right to know what alternatives are available as possibly your last freedom of choice?

I believe Wikipedia’s unscientific and prejudiced policy against alternative medicine may constitute crimes against humanity. If the administrators and editors controlling the pseudo-encyclopedia’s health pages were to conduct sound research, rather than rely on the discriminatory personal opinions of individuals categorically opposed to alternative and natural medical therapies, such as Stephen Barrett and Quackwatch and the small group of followers of Science-Based Medicine,  Wikipedia’s health pages would be far more accurate and trustworthy.

The question before us is, if a Wikipedia editor does not challenge his or her own beliefs and biases, should that person not also be held minimally responsible for the fate of those facing death and seeking information on Wikipedia? And if they are editing with malice of forethought to destroy alternative health modalities, should they not be complicit with criminal neglect?

It would be one thing if the argument was that nothing positive could be found about alternative medicine because none exists in the scientific literature. In other words, there are no studies and there are no physicians with clinical experience or with surviving patients who could validate this assumption. But that is not the case. There are tens of thousands of published studies in the Library of Medicine supporting virtually all of the primary alternative medical systems and therapies.  There are also thousands of clinicians and doctors, many from esteemed medical institutions, who can validate that Wikipedia’s treatment of alternative health systems is completely false and intentionally so.

Finally we may consider how the Irish proverb above applies to Wikipedia. Many of the administrators of Wikipedia’s health pages, who have exclusive control over their content, represent a ideological belief system known as Skepticism. What if these editors are simply angry, dysfunctional people? What if most are professional failures who have contributed nothing to making this a better world, but have been rewarded by the Foundation to satisfy a sadistic pleasure in attacking those alternative health practitioners who have made it their career to try to save lives?

Yet despite these anonymous figures not having any medical expertise, nor does Wikipedia’s co-founder Jimmy Wales, himself a Skeptic, they speak and act as undisputed authorities. Do the rulers at the Wikimedia Foundation have the courage, decency and ethical backbone to represent truth beyond their own propaganda. Or is the encyclopedia just an echo chamber for radicalized Skepticism and the flawed theories of scientific materialism? Can they apologize and realize their enormous errors of judgment and how they have enabled their experiment to contribute to unnecessary suffering and not unlikely the deaths of people who sought health information that they innocently believed was professional and reliable?

Don’t hold your breath on it. Paul Tillich, one of the most important systematic thinkers and theologians of the last century, wrote, “the passion for truth is silenced by answers which have the weight of undisputed authority.” And Wikipedia, as a mouthpiece of modern Skepticism and the medical industrial complex, is a voice of rank bigotry, emotional insecurity and intellectual dishonesty with potentially dire consequences for many people who use it.