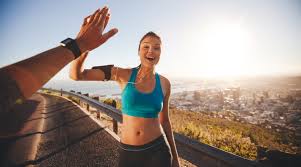 The pleasure and reward centers of the brain are activated similarly by dangerous drugs as well as by exercise, which is why therapies to treat drug addiction often include lots of exercise.

Scientists say activating these pleasure and reward receptors in the brain could provide the “reward” of dangerous drugs without having to consume those drugs.

The team at the University of Missouri selectively bred rats that exhibited traits of either extreme activity or extreme laziness. The researchers then gave chemicals to the rats to either activate or shut off their mu-opioid receptors, which are the genes in the brains of rats and humans which release dopamine, a pleasure-inducing chemical.