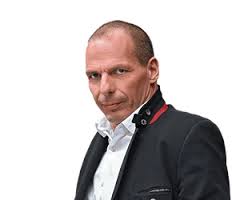 Leave won because too many British voters identified the EU with authoritarianism, irrationality and contempt for parliamentary democracy while too few believed those of us who claimed that another EU was possible.

I campaigned for a radical remain vote reflecting the values of our pan-European Democracy in Europe Movement (DiEM25). I visited towns in England, Wales, Scotland and Northern Ireland, seeking to convince progressives that dissolving the EU was not the solution. I argued that its disintegration would unleash deflationary forces of the type that predictably tighten the screws of austerity everywhere and end up favouring the establishment and its xenophobic sidekicks. Alongside John McDonnell, Caroline Lucas, Owen Jones, Paul Mason and others, I argued for a strategy of remaining in but against Europe’s established order and institutions. Against us was an alliance of David Cameron (whose Brussels’ fudge reminded Britons of what they despise about the EU), the Treasury (and its ludicrous pseudo-econometric scare-mongering), the City (whose insufferable self-absorbed arrogance put millions of voters off the EU), Brussels (busily applying its latest treatment of fiscal waterboarding to the European periphery), Germany’s finance minister Wolfgang Schäuble (whose threats against British voters galvanised anti-German sentiment), France’s pitiable socialist government, Hillary Clinton and her merry Atlanticists (portraying the EU as part of another dangerous “coalition of the willing”) and the Greek government (whose permanent surrender to punitive EU austerity made it so hard to convince the British working class that their rights were protected by Brussels).