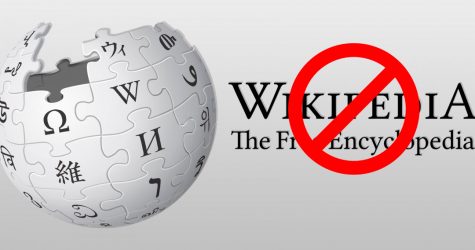 Medical professionals and practitioners of alternative medical therapies are by now fully aware that the online encyclopedia Wikipedia has been exceedingly antagonistic against their professions and even entire medical systems that are regarded as “natural” or non-conventional.  This disturbing anti-health trend, which continues to worsen, can be traced back at least to 2006 when Paul Lee, the former webmaster of Dr. Stephen Barrett’s Quackwatch, host of the then Skeptic Webring and a volunteer Wikipedia editor, put out a call on the International Skeptic Forum to invite Skeptics to come forward to begin writing content on the encyclopedia.

In his post to the Forum, Lee wrote, “There are many subjects for skeptics to get involved with, and we really need help. There are plenty of loons out there doing the editing right now and far too few skeptics to keep them at bay.”  He was also fully aware that he was acting direct violation of Wikipedia’s early neutrality policies. Ergo he writes, “Any coordination of efforts should be done by private email, since Wikipedia keeps a very public history of every little edit, and you can’t get them removed. We don’t need any accusations of a conspiracy.”

Sadly, Skeptic editors now far outnumber those trying to make efforts to write in favor of alternative medical therapies. Repeatedly I hear that efforts to correct the numerous inaccuracies, misinformation, biases and derogatory terms against these medical interventions, and Complementary and Alternative or Integrative Medicine in general, are exercises in futility. The encyclopedia’s parent organization, the WikiMedia Foundation, has been habitually unresponsive to demands for corrections and refuses to enforce its volunteer editors to abide by its editorial rules of neutrality when dealing with subjects regarding alternative medicine and the biographies of its advocates.

Since Wikipedia is ranked as the Number One website that people turn to for information about general health, illnesses, and possible treatments, I am convinced that numerous people have been wrongfully misled and dissuaded from seeking out alternative medical therapies as a course of disease prevention and treatment. Aside from psychologically depriving sick people from potential relief of suffering, by discrediting CAM practices, Wikipedia has also served as an economic weapon on the behest of pharmaceutical drug interests.

Despite ours and others’ numerous attempts and failures to deal directly with the Foundation’s legal department and Board members to have misinformation corrected, there is an option that can be pursued on behalf of all alternative medical modalities and individual practitioners and advocates thereof who have been ridiculed, shamed and wrongfully characterized on Wikipedia.

In 2012, the Center for Media and Democracy coordinated a nationwide campaign to reach out to the Koch Brothers-funded American Legislative Exchange Council (ALEC) corporate members, who pay annual dues of upwards to $50,000 in addition to awarding separate grants. ALEC has been described as a “corporate bill mill” for private interests and as a means to gain direct access to elected state legislators.  Due to ALEC’s hosting of individuals with national reputations for espousing white supremacist and racist views as conference keynote speakers, a grassroots effort was undertaken to encourage ALEC corporate members to be ethically responsible and cease their memberships. The success of this campaign resulted in 114 major private corporations (representing a total market cap value of over $7 trillion) and 19 nonprofit organizations to cut their ties or allow their memberships to lapse, thereby exerting a significant blow to ALEC’s financial base.

I believe a similar strategy will be highly effective against the WikiMedia Foundation, and may force the Foundation to finally take serious notice and act to correct the serious systemic problems plaguing the encyclopedia. It may be added that Wikipedia’s co-founder Jimmy Wales, although now removed from the organization’s direct administration, has continued to be the Foundation’s major fundraiser. He takes this role very personally.  Yet Wales also endorses Skepticism’s efforts to use the encyclopedia wage its assault against alternative medical practices it happens to disagree with.

Therefore, we have drafted a petition letter to send to Wikipedia’s 500-plus principle benefactors (i.e., grant-giving foundations, charitable family trusts, corporate institutions and private individual donors) with the request to sever their financial relationships with the Foundation and withhold future grants and donations. The vast majority of the benefactors who will be in receipt of the petition will be learning about Wikipedia’s biases against and demeaning characterization of alternative health as a pseudoscience and quackery for the first time. Based upon the statistics of alternative medicine’s increasing popularity, it is very likely many recipients of the petition either use or have used one or more non-conventional methods for their personal health.

Below is the petition letter that has been prepared.  I, therefore, ask and welcome you to be a signatory thereof.  The more high profile individuals and practicing medical professionals who sign (eg., executives of professional associations, deans of colleges, chief editors of journals and publications, university professors, and journalists, and certified and licensed practitioners in these medical disciplines, etc.), the greater will be the petition’s impact to persuade donors to act from a higher moral principle of conscience.  The goal is to convince the Wikimedia Foundation’s benefactors with evidence that the encyclopedia has a deep and serious problem and their charitable giving may be better served elsewhere.

If you agree to be a signatory, please send an email to WikipediaWatch@protonmail.com with your full name, degree (eg., PhD, MD, DO, ND, etc), your professional title, affiliated institution as you wish it to appear on the petition and city and state/country.

In addition, please share this petition letter with others in your network who you believe would and should be signatories.

With the growing consolidation of Skeptic organizations into a reactionary movement and Skeptics increasing presence on Wikipedia, this is a critical moment for us to take the upper hand by whatever means available. I believe this may be an excellent start.

3. WICKED, WICKED WIKIPEDIA: THE CORRUPTION AND COLLAPSE OF THE LEGENDARY PEOPLE’S ENCYCLOPEDIA.

4. Wikipedia: Rotten to the Core?

7. Why you shouldn’t trust Wikipedia: Propagandists for a Broken Establishment

8. Why Does Wikipedia Recommend Fluoride?

9. WIKIPEDIA: SUPPORTING THE DARK SIDE OF MEDICINE?

10. Wikipedia Embraces the Dark Side

15. WHY IS THE NEW YORK TIMES PROMOTING A WIKIPEDIA CHARACTER ASSASSINATION SQUAD?

16. Wikipedia: a Web of Deception

18.  WIKIPEDIA FAILS AGAIN: THE CASE OF MISINFORMATION ABOUT CURCUMIN

22. BE SKEPTICAL OF WIKIPEDIA SKEPTICS

23. WIKIPEDIA SKEPTICS’ MISSION TO SUPPRESS THE DISSEMINATION OF QUALITY HEALTH AND MEDICAL STUDIES

25. Should Wikipedia Be Trusted for HIV Retroviral Therapy?

26. Google and Wikipedia: The Internet’s Voice for the Corporate Deep State

29. Senior Wikipedia Editors Recommend that the Site Being Euthanized

31. Medical Despotism, the AMA’s and Wikipedia’s Offensive Against Chiropractic

32. Why does Wikipedia want to deprive you of Acupuncture?

36.  Chinese Botanical Medicine: Wikipedia Claims It is Fake, We are Certain it is Real

40. The Illegitimacy of Quackwatch’s Health Bias

45. Wikipedia: An Opinion : Where Narcissists and Sociopaths Are Always Welcome

46. Medical Despotism, the AMA’s and Wikipedia’s Offensive Against Chiropractic

48. Reasons to Walk Away from Wickedpedia

50. WHY DOES WIKIPEDIA WANT TO DESTROY DEEPAK CHOPRA?

53. WIKIPEDIA IS NOT AN ENCYCLOPEDIA

57. Science Based Medicine: A Swamp of Medical Buffoonery

58.  Summary of Wikipedia’s Activities in Violation of Section 230 of the Communications Decency Act

59. A Marriage Made in Hell:  Militant Atheism, Scientism, Wikipedia and Eugenics

63. Wikipedia: Dumb and Dumber About Fluoridation

3. To the Board and Officers of the Wikimedia Foundation

6.  FINAL DEMAND FOR REMOVAL OF “BIOGRAPHY OF GARY NULL” FROM WIKIPEDIA

10. The Promotion of Scientific Bias on Wikipedia